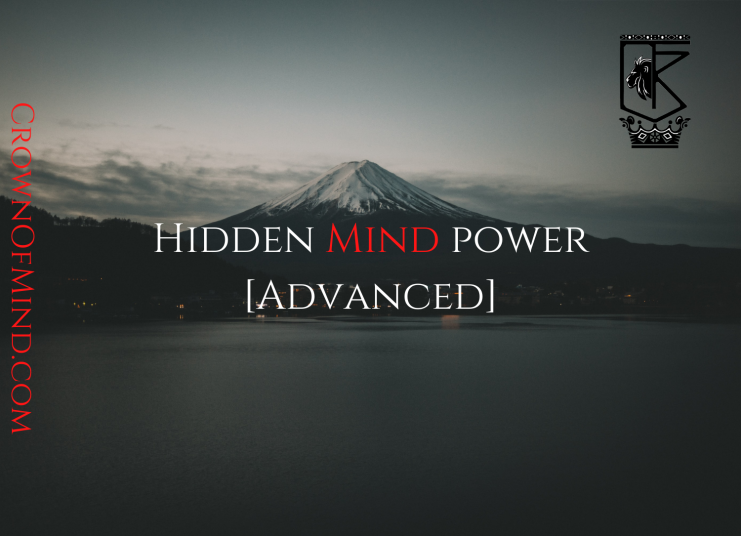 This work is prefaced by a Do Not Enter sign. They’re put up to prevent people from entering a space.

Interestingly, Do Not Enters actually aren’t meant to prevent everyone,only those who aren’t supposed to have access.

Energetically, these Do Not Enter signs are all around. They may show up as someone attempting to deter you from knowing something that could be beneficial; the preference could be to keep you bound within a certain framework because control is simpler there.

Fear may exist around knowing what is collectively assumed you should not know. By knowing, you become capable of applying it.

What I’m about to present here is an aspect of what’s behind some of these Do Not Enter signs. It’s advanced. If you prefer not to know, this is an opportunity to stop reading and continue on with something else.

There are organizations who have access to this science and plainly use it on society in ways to illicit further control. The science itself is not evil, as all science is by definition knowledge. The wielder’s character determines how that knowledge will be used.

Have you ever wondered why there’s a consistent push to create material technology while character development is left out? It’s because your character will be taken care of by people who use the science on you.

The problems and advancements in this world stem from the same source: the subconscious.

You need to find time to make this a major area of focus in your life because majority of life activities are governed by this singular aspect.

Everything from your friendships to career to how you decide what to eat the next day to why you can’t commit to the tiniest goal are all subconsciously influenced. And if you are not its governor, meaning you don’t direct its power, then it’s acting on autopilot, directing you.

In this sense you’re not taking action as an independent being.

From a spiritual perspective, a being still led by their subconscious is still adolescent, not yet mature.

The ancients had a thorough, surgical understanding of this subconscious science. And there are people who understand it today with diverse motivations.

Can you touch the subconscious? Can you see it? No. But do you know it’s there? Yes.

The subconscious, at its most practical is the unseen force guiding our autonomous activities. What we can see is the result produced from our subconscious.

Your heart beats not because you told it to, but because the subconscious runs that program. The power it uses to do this is the Qi.

When you swallow food, the digestion process including separating out the nutrients and releasing the waste happens not because we consciously direct those activities. It’s the subconscious automatically conducting these functions, with the Qi as the power source.

The subconscious and mind are synonymous.

Not sure exactly where this dissection first took place, but it exists and I want to reintroduce to you the idea that what we call the subconscious and the mind are actually the same force.

Perhaps through the literature and just repetition over time, there’s an assumption that the mind exists only in the brain.

The brain is the special seat for the mind surely, because we can lose an arm, a hand, a leg and more dramatic body parts and live. Yet if we lost the head, we’d quickly be transformed.

The brain is the obvious throne for the mind here in the physical, but “mind” also exists in the organs. In the cells. In the blood. In the nervous system. All of these divisions where information circulates are where the mind also exists. They all house intelligence we don’t consciously direct. And when we talk about the subconscious as containing our autonomous functions, we’re discussing the same experience.

Spirit and subconscious are the same.

Perhaps a matter of semantic confusion, the functions of the subconscious and what we call spirit are synonymous. Depending on the environment, one may use one word over the other.

Importance here is to rectify in one’s worldview that they aren’t distinct.

The way to self-prove this is to examine each time one of the words is used and its application, and cross-reference that with the other word and check if there’s a difference.

In both words we’re talking about an aspect of us that’s unseen, or “hidden” or fulfills its function through the medium we call the physical body.

Within this unseen vehicle are divisions with their own gears and capabilities.

Think of driving a car for the first time and all you focus on are the pedals and steering wheel and not hitting anybody.

You accidentally push a button and realize your hood can be removed. A new car capability discovered. Then you find out your car can charge your mobile devices. Then realize it has voice activation. The spirit exists in this way, not as a random invisible glob but a home with many rooms and potentials.

When you become skilled at driving basics, they shift into being “second nature,” programmed into the subconscious / spirit. Accomplished through repetition and focus.

Like any new skill, this is the efficient approach to take. You want to cultivate your skill’s operations to such a degree they live inherently within your system. You no longer have to consciously think about swinging the bat or mixing a color combination or sewing to precision. At this level you’ve reached what would be considered a degree of Gong, and from there you can build more advanced skills.

Mind and heart were always considered the same.

Also needing reconciliation is the idea of the mind and heart being different.

Today’s scientists acknowledge there are neurons not only in the gut but also in the heart space; this region also emits some powerful electromagnetic frequencies.

The problem we run into when seeing these as separate today is the competition between logic and emotion, or rationality and intuition. And to go deeper, the masculine and the feminine, and then men and women.

There are circles that teach to ignore your logic and go with feelings. Others will say analysis is limited while going with the flow is superior. But harmony is more powerful than these self-imposed duels.

These duels currently create combats in multiple societal domains with one thinking it’s superior to the other, rather than learning how they can exist together. Quite the cognitive dissonance.

I challenge you to think not one vs. the other, but how both can exist in their optimal element. Logic has its place and so does emotion. Rationality doesn’t nullify intuition; they can coexist for superior cognitive ability.

The ancients knew the heart / mind needed to be synchronized to produce a being who was optimally coordinated, in internal harmony rather than opposition.

The negative “weight” a person can feel exists within the subconscious as accumulated toxic experiences. The ancient heart and feather weighed as a self-judgment.

This inner conflict creates “toxins.” The Dhammapada is a worthwhile read to become acquainted with this concept of “toxic” energy in a poetic way. When we experience conflicts and fail to resolve them, they accumulate in the subconscious and can manifest as physical illness. Or distorted cognition.

This “fall” represents the older “fall of Man” that’s happening to people daily. With each evil act, each misconduct, each disharmonious experience, the person’s spirit pollutes. This can continue to a level where the person is no longer recognizable.

This breeds an environment that attracts resonating energies. In the body, this accumulates as cortisol from excessive stress.

The original symbolism for this process includes the feather and heart from the Kemetic science. The weighing of the heart on the scale of Ma’at. 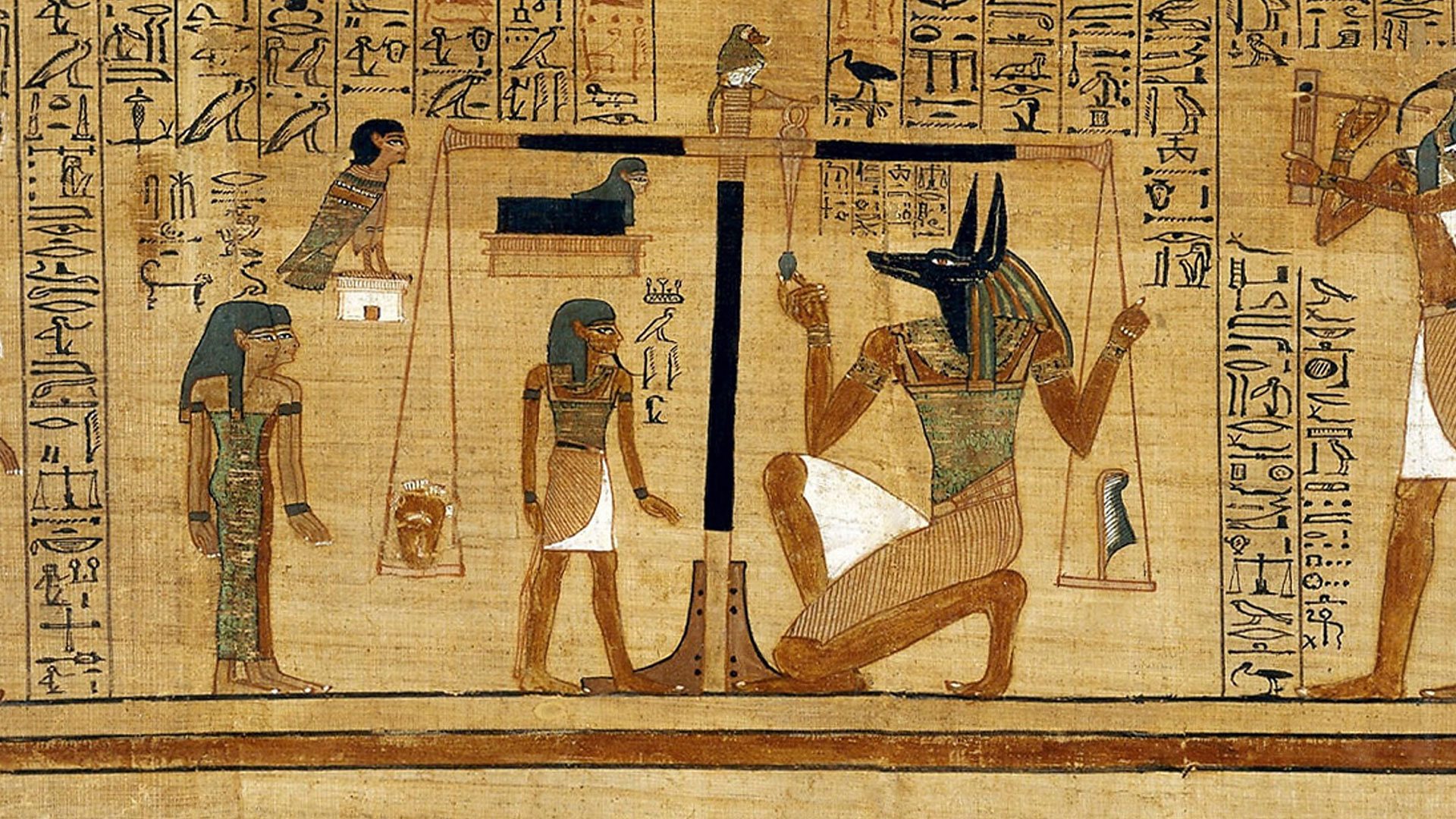 A self-judgment act takes place upon passing on where we “weigh” our living against the feather’s lightness. This can also be applied to self-evaluation on a daily basis by asking a prompt such as, “Did I live in my noblest, highest conduct today?”

Just by asking the question our subconscious will respond honestly. The inner compass is real. We know when we’re lying. Whether we admit it to ourselves is another story.

The less weight we carry subconsciously, the lighter we feel and the less we feel burdened by daily living.

This lightness corresponds to a type of spiritual cleanliness, which makes our systems a more pristine vehicle for transmitting the capabilities we’re endowed with into the world.

The subconscious is the original computer with software and hardware.

Another confusion in our times is the idea of technology, how it’s supposed to appear. Common associations include video games and our wonderful mobile supercomputers. Technology generally is associated with material objects.

The true definition of technology is a creation made from applying science.

The subconscious, operating through science is also a technology. One we’re born with but not automatically understanding how to use.

As young children we tend to live strongly through the subconscious.

As babies we may shout and pout when angry. Or make a fuss when hungry. We scream when we want something and don’t have the words to communicate. We sleep a lot as a requirement. Given over to the subconscious’s animalistic drives, urges and desires.

Can you remember a time when you invented a game out of nowhere? Did you teach your friends how to play the game and they understood? Did they play the game with you? In little time something that didn’t exist came into existence and gained strength as more people learned it and played. That came from your imagination, a power from the subconscious.

This mental software communicates through the body’s hardware.

From this view, our bodies are temples or “vehicles,” spacesuits we use to experience living in this reality. In the old language, your name was considered a “shem,” or a vehicle, because your name carries its own unique vibration. You pay attention when someone uses it with you. Your body is also a shem.

This means we’re astronauts, travelers taking part in a life experience on a particular planet.

The body is part of the subconscious system, with its drives, desires and urges.

When we open an app, we experience the code’s external version through the hardware device. The information, likely many 1’s and 0’s and lines of code on the backend, are not seen unless we elect to look under the hood and examine.

Similarly, the physical body acts as the conduit for executing the “software” we code it with. Or software someone else codes into it.

Realize you’re in a spacesuit, as an astronaut, arriving here through an act of creative sexual conception, an idea transmitted through two spirits/ subconscious / bodies embodying masculine and feminine energy.

With all of that understood, the next stage is to realize you can tap into this for self-cultivation. And the many principalities at work in this world also understand this, applying the science to reprogram your desires, interests and thinking without your awareness.

You can reprogram your hardware for new capabilities by installing new software. That software includes:

This is a rudimentary introduction to advanced mental science. The more people who wake up to this, the less amount of people who become susceptible to the subterfuge occurring at all living levels. Be well.