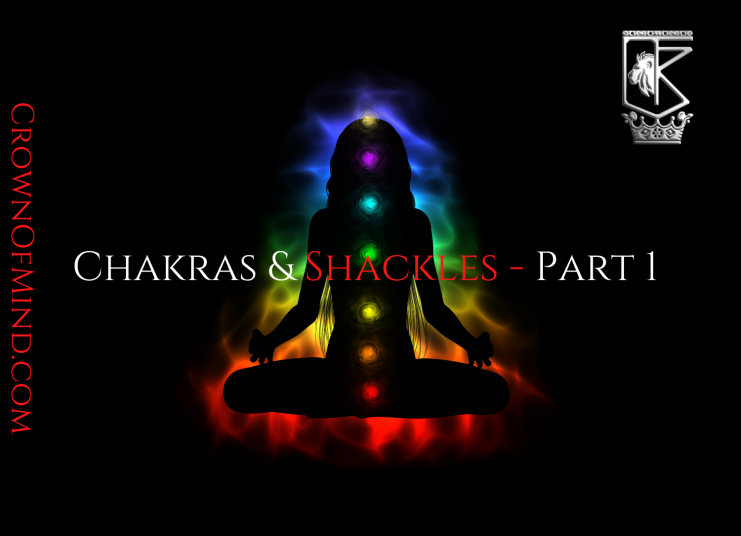 New Age has been infiltrated. For some time now.

A quick scan through The Guru Papers will show just how rampant the spiritual hijacking is in the consciousness community.

It’s not uncommon for a woman to have recollection of some man sitting on the meditation cushion preaching high concepts to a group, only to end up trapped in his web through psychological manipulation and sexual mazes. Concepts identified to generate true liberation used as tools to coerce for carnal gratification.

I’ve no doubt there are also female succubi versions of this guru vampire. Men and women alike can be ensnared by eloquent rhetoric and an appealing physical form if gullible enough.

It’s when the victim finally escapes the mental cage do they realize they actually were a victim.

Along the grooming process though, something internal spoke. Intuition clicked. Something was not right about the situation, how the “teacher” singled one out and progressively escalated. But it was ignored, perhaps out of fear, or intrigue or the idea that this individual would actually be a great catch, albeit a temporary one.

But there’s a larger infiltration, centered specifically around this concept we call the chakra.

Traditionally, it’s been acknowledged as an energetic wheel, and by its nature invisible to the physical eye but perceived through an inner sight.

There are seven common and hundreds of other chakras that correspond to energy centers within the physical body and spirit [Note from my previous article, these two are in relationship, one being a physical manifestation of the other].

These chakra correspondences are recognized as pathways for continuous personal growth. To “grow” them implies they’re not automatically mature, and it’s this one assumption that’s contributed to quite a bit of chaos on the planet.

Assuming that as soon as an individual reaches age 21 in the U.S. [perhaps younger elsewhere] a person is a fully-matured homo sapiens sapiens whose capacities are cultivated to lead a wise life has this country in perpetual irrational decision-making, depending on which point-of-view you hold.

Everyone on this mailing list can probably identify two people who are well into their years and still immature in psychology, emotions or barely have a sense of purpose beyond themselves.

Some individuals of this stature can attain economic heights, reach political aspiration, accumulate fans on stage. Yet when the limelight is set aside, we observe the many addiction cases, vices and self-destructive behavior one would assume to only be possessed by less influential beings.

When compared with the standards the ancients held regarding maturity, these beings would be considered children in adult bodies.

Training the chakras to develop is a real pathway. It is also true that when developed, we manifest certain abilities and sight that empower us to navigate life with more wisdom and power. But like a baby that needs consistent, clean nourishment, so do these energy centers require proper methods.

This training can go a few ways. One way is to practice “opening” your chakras. This is the entrapment path and you’ll rarely hear about this perspective.

Think of a house’s front door. If you had a family, loved them dearly, you likely would want to protect them. So you lock your front door to prevent any would-be intruders from entering unannounced.

Not only do you lock the front door to protect against intrusion, you also lock it to ensure it’s not easy for young children to walk out into danger, if you have them. Or your dog.

The front door is locked to guard against two potential dangers not one.

“Opening” your energy centers responsible for developing [or stunting] your personal development creates the same potential dangers. You create a mental, open doorway that enables any entity with the know-how to enter your field and tamper with your state. And you create the risk for whatever you have, whoever you’ve become, to vacate the premises.

People who tell you to simply “open your chakras” without any further knowledge of this danger may not even realize what they’re doing. Doesn’t matter if they’re unaware, it’s still a danger.

Another term for this opening is “vulnerability.” We see this growing emphasis for people to become more vulnerable. Not to just express vulnerability, but to do this with people who are unknown, untrusted, unfamiliar.

When you sit in a room with people you don’t know and compelled to be “vulnerable” about your traumas after a meditation, you’re opening your psychological doors to people who can walk right into your psyche and do damage. Done repeatedly you can be transformed into a psychic slave.

In another practical scenario, when you are vulnerable with someone you care about, the experience can be either evolution-inspiring if they reciprocate or produce some long-lasting trauma if abused.

It’s why telling someone you like the simple words, “I love you” for the first time can carry so much energetic weight. You took a risk and opened a doorway to your being [chakras] and there was an opportunity to affect you on a deep level, for better or worse.

Broadly in our society, some life experiences are coordinated in such a way that they aim to keep your chakras open or vulnerable so you can repeatedly be abused. It’s how your energy gets siphoned out to be used by others.

This type of consciousness art of war is critical to understand, especially with the times we’re in. If you’re inclined to eat up the common media channels, you’ll notice patterns of fear inspiration, baiting, setting people against each other, appealing to your vices and then plugging in more fear.

How many times a being has to go through this abuse cycle before they wake up depends on that being’s development level. Some people wake up after experiencing it once. Others might have to go several rounds before enough is enough. Some beings have the ability to observe and avoid the traps without having to go through them. They have the sight.

If you can see, you also recognize the very same setup here on the planet also is what can be used as training grounds for further cultivation. Each trap set is a chance to exercise growth, stagnation or reinforce your stance in life.

The world is set up to appeal to both chakra maturity and infancy at the same time.

This level is about the basics to live. Shelter. Food. To be unharmed.

Right now the society’s collective root chakra is under assault as people are threatened to lose their livelihoods based on health statuses.

Narcissistic organizational leaders can frazzle vulnerable employees by threatening to fire or demote based on imperatives. If a person isn’t aware of their ability to create, one can fall under the sway and comply.

Few will cover this subject holistically. This level focuses on our sexuality.

Specifically our ability to have sex and to procreate.

Basic, exoteric teachings on this will stop here.

More advanced will help you make the connection between creativity and sexual energy.

They are one and the same, channeled in different directions, called by different language.

We develop secondary sexual characteristics for the obvious reason to signal physical attractiveness. But we also amplify creativity as this energy grows, defined by the ability to bring forth something that didn’t physically exist. We go through a “conception” stage in the imagination. Impregnated in the mind, we use the physical to bring it forth.

The Creator / Oneness / The Divine / The All / Tao / Ra / God — Whatever name you use, the singular Consciousness that made everything “creates” through the same sexual act of mind to the physical as we do. Because we’re an extension of that divine.

If you tend to generate a lot of ideas, consider yourself to have high sexual energy. Your mind is fertile. It needs a constructive outlet.

Contrary to simply copying something, being “creative” means being a godly being, because you fashion the raw materials of the universe into something that can be experienced in life.

Man and woman have sex and “procreate” a vessel for a consciousness to exist here. We can also “procreate” and design a new product. Or new business. Or new poem, or presentation. Expression.

Is it any surprise that right now the U.S. has the lowest fertility ever?

Is it more surprising that this low fertility is a global phenomenon?

It’s also related to problem-solving. To solve a problem is to understand its mechanisms and then develop a combination that fits just right. It clears the way. Dissolves the barrier. Moves the cataracts from vision.

You can bet that when the sexual energy is weak in a being, so will be the creativity and you can forget about originality, ambition or the drive towards powerful problem-solving.

On the physical level, it creates erectile dysfunction in men. Lowers testosterone and impairs cognitive ability. Weakens will. Makes him socially stupid. And that’s without the additional harm done by wasting his procreative energy.

In woman, it dulls her senses and trains her to lead with her body and not her capabilities. She’s tricked to think that’s actually empowerment.

Assuming that’s how all men relate, she can be brainwashed to exploit her body for gain. And that’s without the additional harm done by the psychological / emotional damage from having multiple men transaction their fluids with her.

While sexuality and sexual energy are as natural as the stars in the sky, sex is pressed upon society nearly everywhere. Often proposed in exploitative ways. As one of the most powerful ways to manipulate someone, it serves to create the idea that sexual energy can just be taken for granted, shared everywhere, given to anyone without an opportunity cost.

The irony is despite the pervasive sexual innuendo, society is growing less creative, less capable of solving problems, less original and more drone-like.

This level is about how we value ourselves. Also a potent vulnerable chakra when open, if a person sees oneself as less valuable than another, there’s an inclination to blindly follow that person.

Because they have the car one wants.

Or because they have 1 million social media followers and one only has 60.

Our environment [and by this I mean actual people not some ambiguous entity] attached many aspirations to self-esteem. But instead of simply focusing on one’s development independent of things, the things are matched with the development.

Experience luxury, but only with this chair we sell.

Develop peace of mind, but you can only do that by going to Tulum or Joshua Tree.

Feel handsome or beautiful, but that can only be done by wearing this leather jacket we made.

You get the point.

When you hear the next car commercial, listen with new ears as the script uses language magic to weave in some high concept of self with the car experience. It can only be possessed there.

4 more chakras to go. For the next piece.