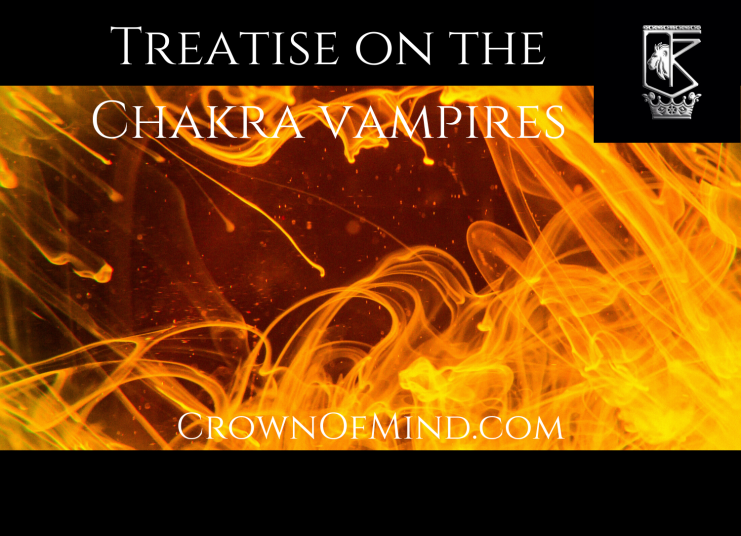 The vampire archetype has a special place in fantasy, or fiction, because movies display the vampire in fantastical ways. But the reality is the vampire is an archetype representing specific qualities that people in real life exhibit daily.

The classic Nosferatu, bald and aesthetically unpleasing with sharp fangs and pale skin, or the more modern versions that reveal an adventurous-type persona, suave and articulate, cultured and intelligent: these are the vampire models we’re more used to seeing in films.

The appeal is designed to make them just human enough to be relatable, representing the more primal forces people may generally be unable to express freely.

Their powers appear superior in strength, wealth, culture, speed, longevity; and they often do not see humans on their same development level. While some vampires can coexist with humanity, others see them as prey to be fed upon, a necessary food on the evolutionary command chain.

Vampires, like any character created for fictional enjoyment is sourced from the subconscious, so the core root inspiration for such a being stems from a truth element alive over generations in the collective subconscious. Let’s examine some vampire qualities to see this archetypical nature:

We can test this with any physical expression. The computer I’m writing this article with was not always here; the design originated first from someone or many people’s minds [imagination], then the physical resources were organized in a way to produce what’s called a MacBook Pro.

The thought or idea acts as the energetic architectural matrix through which something physical develops. In our bodies, that matrix is DNA, housing the design schema [genes / genotype] for expressing specific physical and non-physical development [phenotype].

This law extends even into the fictional realm mentioned earlier, being sourced from our subconscious.

Understanding Correspondence, we can see that if there are fictional vampires [imagination], there are real vampires [people]. If there are physical vampires, there are energetic or immaterial or microbial vampires; they just exist at different density levels.

The vampire here in the physical we tend to call by other names and are wildly popular in the psychological literature: narcissists, self-centered, psychopath, ego-centric, energy drainers, takers, the selfish: these are people who do not appropriately exchange value with others. They’re motivated to find ways to obtain with the least amount of giving. And they are expert chakra exploiters.

Quickly summarizing: chakras are described as energy “wheels” or “vortices” centered at specific sections on our body. When you research them, photos will show distinct colors per section. This is based on vibration science and color psychology; energy states emit certain colors and correspond to certain qualities on the electromagnetic spectrum. We can see this with food, their colors and nourishment.

It can be fun to initially explore the colors, the chakra artwork and unknowingly get lost in the idea of how to open them, or release them.

Point to note about chakras: they are not to be “opened” and exposed. You may have experienced energy practitioners who focus on having you open up these centers so that something, mostly described as light, could enter.

This is quite dangerous; you are inviting an external force to enter your personal field and influence.

The original knowledge explains that what we need is already within, particularly when we’re dealing with light, so there is no need to invite unknown external energies. The same light the sun radiates is internal, which is why the sun can nourish us.

Secondary danger in this open-chakras practice is it’s not guaranteed what is invited is all right, wise and life-affirming. If we do not know the energy signature of what comes in, it could also be disagreeable.

When we agree by mental contract for something foreign to enter our subconscious, we create a suitable home for a vampire to visit and take advantage [Remember, vampires have to be invited into a home to enter. See the connection?].

Chakras are actually less about flashy colors and more about the virtues associated with them. You can tell a chakra is active or dormant within you if the qualities connected to them are weak or strong. I describe this in my white paper, The Career Development Psyche.

Over time, the original knowledge on chakras became clouded by people in the New Age who took leadership and didn’t have discernment, and had power lust, so it started deviating from cultivating virtue to abstract imagery.

Let’s explore the different kinds of vampires and their chakra inclination. Perhaps you’ve already encountered some of them.

Root chakra vamps use survival and protection against a victim.

In a relationship, this person may hold control of majority of the resources and act as a poor steward, withholding or ensuring you cannot grow in your own way. If you decide to leave, they threaten to stop your resource access. They may deploy mental-emotional or physical abuse tactics to retain dominance, or allow you to have experiences where your safety is at risk. So long as you stay within their reach, and give them your energy in the process, everything is good.

Sacral chakra vamps use sexuality and seduction as traps to lure people into being consistent feeding hosts.

I could write several articles in this area alone; we can do our own research and use rational sense to point out the multitude of ways sexuality is exploited for gain. The individual sacral vampire though, tends to know how people work, particularly skilled at the arts involving masculine and feminine energy.

That knowledge in itself is not a problem and I’d say the issue society is dealing with involving men and women not knowing how to relate to each other, is this vacant knowledge of how to engage each other’s polarities [Shiva-Shakti, Sun-Moon, Yin-Yang, Heaven-Earth].

The vampire utilizes this knowledge indiscriminately and for manipulative, taker purposes. Whether using your body for sexual favors or leading you on to think a quality relationship is there when it’s not, all of the energy extracted from the attention you give to this person saps your life force and feeds the vampire.

This kind of vampire says through many mediums, “Look at me. Pay attention to me. Give to me. Like me. Adore me. Worship me. Want me.”

They are skilled with words, diction and know the right things to say at the right time. The capacity to appear authentic lowers the vulnerable one’s defenses, which then enables the vampire to create seesaw-like connection: one moment you are built up, then next you are torn down by the same person who spoke highly of you. Internally, this can move your chemistry from feel-good hormones to high stress cortisol, developing an emotional rollercoaster akin to an engaging soap opera.

Being complimented generates certain chemicals; we feel good when someone speaks well of us or we know we’re valued by someone we also value.

If we’re susceptible, this chemical connection can be meticulously cultivated so that we develop a dependence upon the vampire’s endearing presence. If deep enough, the psychological hold becomes a need, and the vampire is able to suck the life force out of a prey through attention, time and resources while the compliments keep coming, and the threats of them leaving are not too far away.

Especially vulnerable are those who long to have connection, perhaps not experiencing what it’s like to bond in an authentic way with another for a time period. Some people just didn’t have this as children and may desire it as adults.

This is like the baby by nature or sacral vampire “starving for attention” and willing to do anything to have it. A needy individual is a vulnerable candidate for a heart chakra vampire because the signs will be explicit; desires to cling and remove everyone just to be with the vampire, not wanting anyone else to interfere with the relationship, cutting out long-term friends, eliminating previous social activities with others. The vampire takes advantage of this by providing that heartfelt connection until the energy desired is acquired. Once satisfied, the prey is disposed of.

The throat center deals with all-things expression, so this can include writing, speaking, singing, taking action in any way, making one’s presence visible.

This kind of vampire will know how to separate you from your voice and keep it in a box, or isolate it for use only at certain times most suitable for them. You may end up losing professional and personal development opportunities due to suppressing your expression, and before you realize, majority of your energy is devoted to expressing for the vampire who makes minimal effort to express to you.

Although each vampire is dangerous, this one is quite potent because your overall perception is distorted. This is where your malicious spiritual gurus exist; they radiate energy that attracts attention by means of knowledge, charisma and a wisdom to understand how you work.

Being receptive to their teachings, you become a truth receiver sprinkled with falsehood, which inevitably can twist your spirit because internalized knowledge changes how we think and act. Because the vampire’s presence is grand, they continue to bring in new members, students, pupils and all of this attention serves up energy the vampire consumes.

You can test out a teacher’s authenticity by how consistent their knowledge is and their ability to navigate alternative views; if the knowledge is universal it can withstand any test or emotional preference. They actually don’t need you to stick around, and would prefer if you integrated the knowledge shared so you can move on to your next stage.

Crown chakra vamps attack people’s connection to their own spirit and authentic being.

Similar to the third eye, a vampire may find this kind of feeding most enjoyable because a person’s purity resides here and in the sacral. The stronger the crown, the more appealing you are to a vampire for mental or physical violation.

Cutting you off from knowing you are more than just a body can trap your consciousness in a realm where only you, the material things of life and the vampire exist, where nothing else can be greater. If this is successfully achieved, your energy and resources will have no other purpose but to serve the taker. The vampire becomes your reason for living. We can project how that could turn out.

Some vamps are skilled enough to weave in and out of all these chakra vulnerabilities while others may have a talent for just one or a few.

Know they exist, and by examining your current connections through some of these points your radar can detect them with more accuracy. As we shift into more of a digital age, the information opportunities for both genuine teachers and charlatans will continue to expand. Keep your vision clear.

My twin is a vampire, he seeks the oneness we had in childhood, he takes that old and easy to access bond to pollute and suck out of all my chakras especially he likes to cut off me of of my crown. I had to survive now for many years, he still doesnt seem to wake up to his shadow. What would you dk? Run and hide?

My whole family is shit for me. My mom just started to wake up about mishandling me. At least i could get her off of her underworld boyfriend who pulled those strings hard. Only took me more suffering most humans can immagine and some odd years in poverty.. Wanna have children and a beautiful woman, a house and work i love..

[…] lure is its parasitic need for attention and excessive focus on self-importance. This has practical, problematic […]