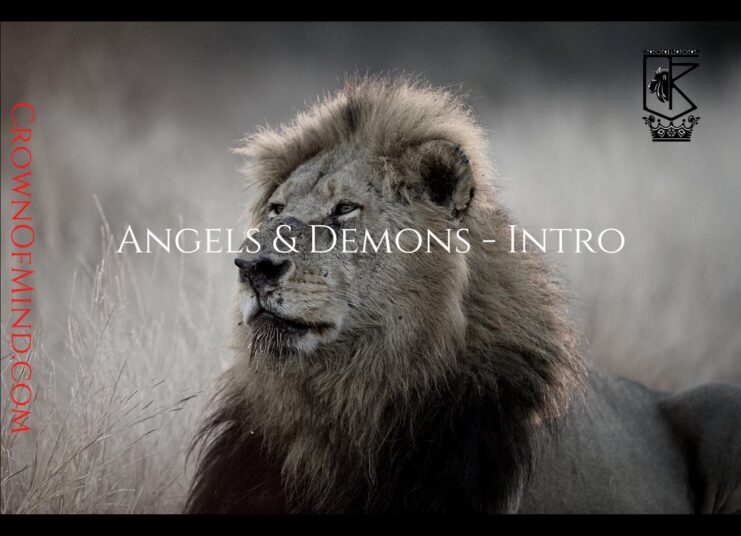 The year 2033. About ten years from now, not far off. What does the world look like to you?

What tools are we using in a decade to communicate?

How will we travel?

Are we moving forward or regressing backwards?

If we’re solid on the idea that we create the collective experiences based on our individual states, then our answers can be found by observing the people in our civilization. How people choose to live will be how our collective lifestyle appears.

This is why your consciousness is the ultimate liberation jewel and prison at the same time.

Amidst the various motivations influential entities have in this world, there’s a segment that wants to ensure you remain ignorant of what your consciousness is capable of, so they may program it how they see fit.

Surgically tampering with people’s minds is the only way to actualize a lifestyle where they have billions of people serve rather than be empowered.

But it’s impossible to do when a person is no longer ignorant. Impossible to trick a wise being.

Readers here may not be unwise but you might know people who are. And if you’re observant you might see how that lack of wisdom produces unnecessary strife and falling into traps existing within society.

Wisdom is distinct from intelligence although they’re relatives. I’m sure you know people who are impressively smart yet still foolish; high IQ yet still make dumb choices; a top sapiosexual although unable to avoid social conflict; wonderfully intelligent but unable to learn from their own or others’ experiences and evolve.

Somehow that rapid-fire brain is incapable of converting the potential into clear discernment. Wisdom is the spiritual power that precedes harmonious abundance of all kinds.

The vampires in this world raise an eyebrow at the intelligent but become terrified if wisdom and brilliance exist within that same being.

Which is why we should talk about the angels. And the demons. In this series we’ll cover their nuances, how and where they exist, and why vampires prefer you remain ignorant of each.

What is an angel?

In terms of the name, the “el” signifies The All, or God, or Creator. An angel in its simplest description is a messenger of El, or of The All.

What kind of message? Well many. A message in its broadest sense is about information.

When you receive a message, you then know something you previously didn’t. The messeng-ER that delivers the message to you is the angel. Angels then deliver messages to you from The All. These can come in many forms.

There are classes of angels.

I’d say to destroy the cartoonish image of some being with wings flying around, mostly blonde-haired and blue-eyed; that’s not it.

You can think of them as ranks in terms of size, scale and power / influence. The highest ranking angels are those that govern the universe. In essence they are the laws that enable our existence, to exist.

Some might say that’s grounds for atheism but it really isn’t.

Part of what I think keeps understanding The All in the woo-woo space is the lack of dots connecting, fusing the respective knowledge houses existing for millennia. Like science and spirituality.

One camp thinks science is The Thing while another sees spirituality as The Thing. Then you have a group in between, floating from one side to the other, an indecisive segment.  Because they invest much time butting heads they fail to perceive the unity.

The All, or God or Creator uses the angels by means of scientific, universal laws to govern (deliver messages within) existence. This is not innovative; it is indigenous knowledge understood for thousands of years. Now why can’t the mainstream scientists and priests just say that and shake hands?

Because they need you to stay in your camps and fight each other while vamping your energy through conflict.

In this lens, every law we can observe has a force of nature (an angel) overseeing its application. From planetary orbits to how digestion works automatically in your body, these auto-operations are run by angels. How we explain what’s happening is the science.

Jumping ahead for a moment: this is why certain alcoholic beverages are called “spirits.” It’s an obvious observation that when a person is inebriated (drunk) they exhibit behavior as if they’re possessed. Perhaps regrettable behavior if severe enough. The drinks known as “spirits” induce the awakening of spirits (demons) by dulling certain brain functions (prefrontal cortex, the wisdom brain) and waking up others. If you were a vampire wanting to make a people subservient, you’d fill their society with abundant opportunities to get drunk, wake up these “spirits” and consequently go the opposite way of angelic information. Mass alcoholism continues to be a disease within the Native American community as an example. More on this in the future.

Scaling down to more dense versions of angels would be physical beings. Sentient beings. People.

If you ever had a moment where someone shared some important info with you at the right time you needed to receive it, that individual functioned as an angel for you.

In the experience where you had an encounter with someone who you shared information with or helped, that was your angelic purpose at that time.

I’m reminded of this past weekend trip to Grand Central’s Apple Store. I was looking over some watch bands where I held the angelic job for two separate parties; one woman was undecided about which watch to purchase as a gift for a friend. I opened up the conversation noticing she was pondering.

A second involved two guys who wanted to know if they could replace their damage watch. No Apple logo on my clothing so it was clear I wasn’t an associate, but the timing was proper for me to be there in that moment to assist.

Several times a week I’m doing this work. You’d be surprised how many people walk around with backpack zippers open. Hundreds of people pass them by not telling them their bag is open; here I come along to inform them so their items don’t fall out.

Give attention to the people in your life. Some people enter for a short period, offer valuable information and then disappear.

Another class of angel is deeply embedded within you.

The sound “angel” is similar to the sound in the word “jinn” and “genie.” Also “genius” and “genes.”

Jinn are considered spiritual emanations. We know the caricature for the genie as the being that grants wishes based on desire.

The commonality here is this angel class deals with potentials, capabilities, talents, genetics and genius. This implies angels also govern people’s talent expression. When your angels are activated, your talents are awakened and can be expressed in the world. When they’re dormant, we might say they’re latent or unexpressed even though the genetics may be present.

A question might ring to you: if angels are related to genes and these genes involve talents, can we “wake up” dormant angels? The answer is yes.

And another: if we can wake up angels related to our talents, can those already awakened be put to sleep? The answer is also yes, being done quite deliberately to many in our population now. We’ll examine this next.