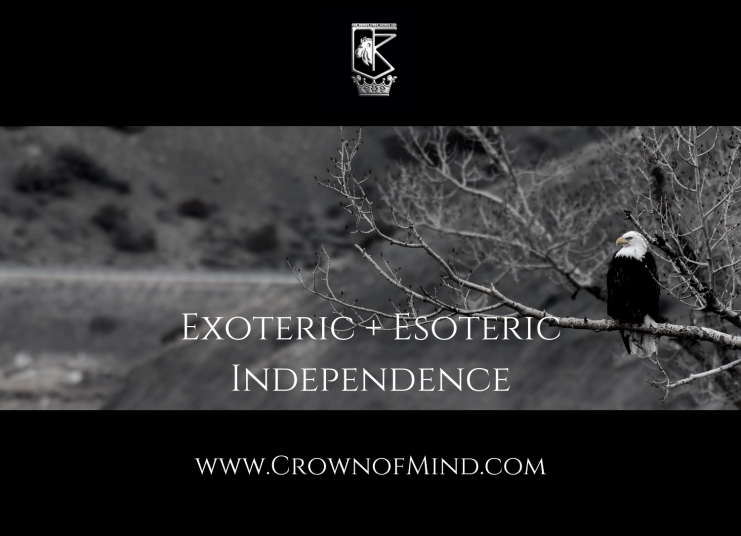 As with each holiday, the 4th can be viewed with exoteric and esoteric eyes.

Exoteric: it’s about freedom of a nation from others, rights, liberties to pursue certain life experiences. These are won through laws and physical wars.

Esoteric: it’s about an inner ability to live free of energetic/emotional weights birthed from obsessions and attachments. This is won through self-knowledge science, accrued to realize one’s position as a being beyond the ego-identities. Ma’at’s feather weighed on the scales. The heart should be light for evolution to take place.

If we’re emotionally manipulated by external elements, we’re reactionary and not “free” in that moment, but consumed in a relationship with that thing that keeps our focus there. Focus in itself is not the problem, but the inability to let go or choose to act in a different way is the signal for lack of freedom. Impulse and not initiative. In this state, we’re energetically chained to whatever it is we can’t (or refuse to) let go of.

Independence is truly a spiritual freedom that becomes physical when it is a normal, daily living state. This past post from The Crown I’ve often shared, describing steps to accomplish this internal independence.

[…] Within this exploration comes a point in the leader’s experience where she becomes governor of her inner landscape instead of the citizen; she doesn’t live reactive but with initiative. This is actual free will. […]

Self reflection can bear results only if awareness levels increase. Once we enter observation mode, we are able to ‘see’ what it is that compels us to live a certain way. Then changing that is a whole new step.