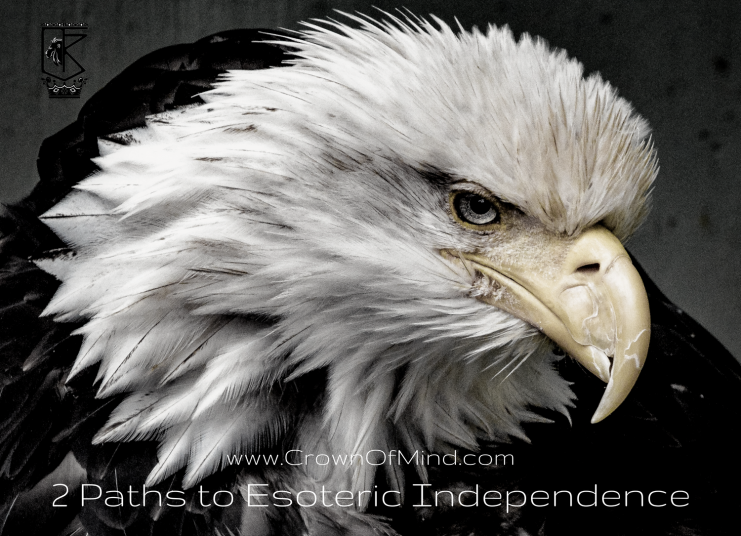 Our current version of Independence here in the U.S. devotes a single day to celebrate the nation’s sovereignty from the European power in the 18th Century. We mark this day with family gatherings, fireworks and a day off of work. Perhaps we’ll invest time at the beach.

The newer trend for Independence Day, and most holidays is the increased business capitalization; major discounts for products and services. Maybe we’ll have a march or protest along the way. All external representations of an experience originally meant to be sparked from within.

The more outgrowths that emerge for us to “celebrate” independence the more cognitive dissonance our society may experience. One message tells us to buy a car at a deep discount to celebrate independence; we then associate purchases with this holiday. An emotional-psychological anchor is then formed for the rest of the holidays.

Another message tells us inside that we’re not actually sovereign, because of the many sources that pull at us: accomplishments, goals, social pressures, others’ expectations all wrapped up in what the Buddhists might call “afflictions,” and in Kemetic science these desires are called “children of the impotent revolt.”

There exists an esoteric understanding of independence that has nothing to do with a country establishing itself as sovereign. It involves the freedom of the will.

This redirection of the concept of independence from an internal experience to an outer validation….is it deliberate or by accident? Let’s not focus on the motive right now. What is more important is recognizing the difference between these types of independence so that we may make use of each in their intended ways.

External independence requires that you acquire something in order to feel free; esoteric independence establishes freedom within the spirit, nothing is acquired only realized.

External independence tricks us into thinking we must acquire first and then we’ll be free; esoteric independence proves to us that establishing freedom of the will is the true free state that enables us to manifest what we desire externally.

So what is this freedom of the will independence?

I refer to the Kemetic science on this as it’s the oldest recorded, symbolized by the hawk, named Heru (some may know him as Horus) and called Ab. “Ab” has a simultaneous connection to the heart and will. The will is our ability to act and it does so independent of external prompts. This means the will is not reactive. It also means that the idea of an actual “willpower” is false, as it doesn’t house energy, but acts upon energy/matter (our body-mind) to manifest in the world.

We should be able to make the connection now as to why the U.S. uses an eagle as it symbol of freedom. Extracted directly from Kemetic knowledge.

When we take action based on universal laws we are accessing the Ab. When we are reacting to something out of emotion we are not accessing the Ab and responding through ego-identity.

Let’s put this into context, because often what comes to mind is, “So we’re not supposed to have emotion?”

If John Doe is cut off by another driver on the road and he drives up next to the other guy, gives him the finger and a verbal attack, he is not acting out of freedom of the will. He’s reacting out of emotion, controlled by his emotion.

If Jane Doe listens to her young baby cry for two hours straight and she lashes out, “Shut up!” She’s consumed with anger in this scream, she is not acting out of freedom of the will. She’s controlled by her emotion.

If John Doe loses his girlfriend to another guy and plots how to exact revenge upon the new couple, he’s controlled by his emotion. No freedom of will.

If Jane Doe knows she’s supposed to complete her college assignment and decides to put it off because she just doesn’t feel like doing it, she’s not acting out of freedom of the will. She’s controlled by her procrastination.

If we continue to run these scenarios and examine, we’re going to realize that very few of our actions are actually established in freedom of the will, or “Men Ab.” If we haven’t been doing this work regularly, living blindly from day-to-day, it’s possible up to 90% of our activities are done being controlled by everything else other than our own independent will. Heru is asleep.

Heru, or the true will awakens when we establish an inner space where we can consciously make a choice. Heru is a cosmic force (neter) and represented by the hawk because of its qualities; it flies, has higher vision as it soars over lands, demonstrates keen insight and intelligence. It is efficient, perseveres, demonstrates piercing understanding. Heru is the original archetype of these divine masculine qualities.

Referring back to the above scenarios:

With Heru awakened, John Doe can choose to not react to being cut off by the other driver. His internal state remains unmoved as he continues to work.

With Heru awakened, Jane Doe recognizes the baby’s excessive crying means something for her to pay attention to. Instead of responding annoyed, making the experience about her, she is able to intuit the situation from a position of calm and clarity.

With Heru awakened, John Doe is able to examine the situation and why he lost his girlfriend to another guy. He realizes ultimately the relationship wasn’t meant to be and moves on, seeing the experience as valuable for his next relationship.

With Heru awakened, Jane Doe can see the consequences of putting off her assignment and can take action knowing completing it early will better serve her.

How do we awaken Heru?

Meditation enables us to mentally step back from an experience and sit in the center, allowing us to perceive the range of possible choices. In this space, we are not grasping or being tugged. Emotions we feel in the moment are acknowledged and allowed to pass. We don’t fester on past experiences or memories. We’re not blaming anything about anything. Wanting, needing, forcing afflictions dissolve. From this space, we cultivate the clarity to act not based on compulsions but what the universal laws present to us that will best serve us and all involved.

Sit in a comfortable space. Close your eyes and breathe deep from the lower AB-domen (Ab-Will-domain). Apply a bit extra pressure on that space as you push the belly out. Breathe slowly for a count. It could be 3 or more seconds. Inhale through the nose, mouth closed. Pause for the same amount of seconds. As you exhale (same seconds), apply a bit extra pressure on the AB-domen as the air exits. This slight pressure stimulates the vagus nerve, which is a major activator of energy that flows up into the brain’s frontal lobes, prefontal cortex, physical houses for our higher wisdom faculties. This physical action will help you to establish a space of calm and perspective, where you can observe a situation from your divine Self and take action accordingly.

The effect may be instant, as some have informed me going through the practice. Ultimately you want to use this in the moment of a challenge. When you feel an emotion rising up to the point of trying to control you, practice the Men Ab and experience the results. The more you practice, the more skillful you become, the more Heru within you awakens, the more your Men Ab is active in all parts of your life.

The lightheartedness that results from this type of independence I can describe as “silence” even though there is sound everywhere. The unnecessary mental chatter ceases. Immunity to people’s actions develops.

The second esoteric path to independence involves death. Not physically but spiritually. Death as in transformation of desires from seeking approvals to cultivating one’s being. From living and trying to prove in the world to being among others in the world without obsessing over it. This kind of death is synonymous with the many “initiations” we might experience in our lifetimes.

I must make clear again, because we tend to think in this/that frames:

It does mean we die to prioritizing material consumption over knowing our Self. We make this choice not because someone told us to, but because we know that prioritizing material consumption over knowledge of Self doesn’t lead to freedom of the will, only more entrapment of it. The death is experienced due to a choice of aspiring for something higher.

Signs An Esoteric Death is Approaching

You may ask yourself these questions:

“What is my purpose?”

“What is going on in the world?”

“Why am I so different from others around me?”

“Who can I talk to about what I’ve been thinking?”

“Why is the world the way it is right now?”

“Was I born to just walk a job and die?”

Questions like these prime your focus on seeking knowledge outside of the human-made structures. That these questions arise from within is evidence of an internal drive towards knowledge of Self. Heru is attempting to wake up.

Don’t be confused by the messages given to us about independence. Go within to establish your true freedom of the will.

One Method to Increase Concentration - CrownOfMind.Com

[…] constant attention splitting weakens our willpower by training it to only handle this splitting, and to feel uncomfortable when we do focus on one […]

[…] That one sweet, its delectable flavor can sprout into enjoying more sweets. Or a gradual willpower breakdown eventually resulting in […]

When the Citizens Cry, the World Must Listen - Kaiyros Publications

[…] people unite in solidarity, standing up for basic human dignity and the right to a peaceful and prosperous existence, they create a stonewall of strength and conviction, with little need to exert hate or meaningless […]