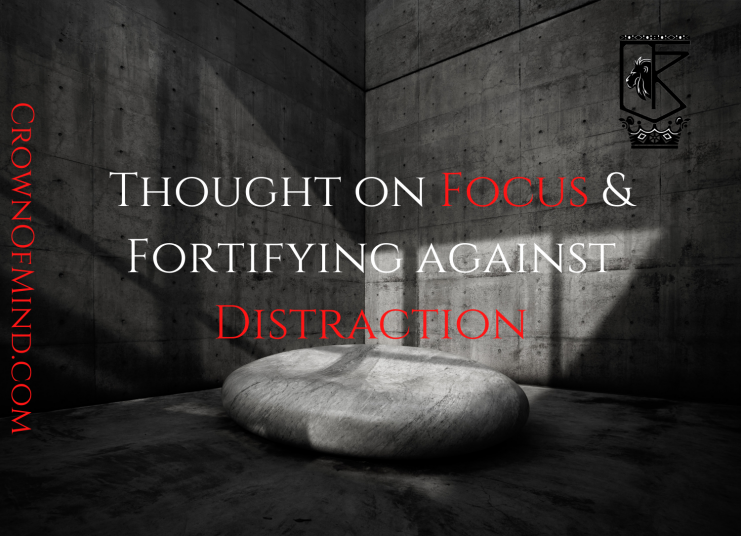 Much focus goes towards self-development and the forward-moving action, it’s a movement and has been for some time, which is beneficial because a person’s energy goes where the mind flows or concentrates. With more commentary in this area, however advanced or elementary, the culture becomes more permeated with ideas in this space. But even with this skill solidified there’s still potential to be thrown off by ignoring how to fortify against distractions.

One skill is to focus, the other is to neutralize those persons, places and things that aim to tempt towards distraction. There’s less tutelage about how to ward off and recognize the seeds for distraction.

The “seeds” can be tougher to detect because they’re often small, and their purpose is to be buried in the ground.

There they are unseen, hidden; quiet yet with proper conditions will begin a growth process, until eventually the seed becomes a plant that sprouts upward from the soil. That “soil” in this conversation is the subconscious, the invisible realm where our awareness has less conscious access. At that point, this once-seed is now fully-grown, matured and visible. By the time it’s visible It’s reached its most tempting stage.

That could look like an invitation to go out as a potential distraction from focusing on one’s test prep.

Or an invitation to eat one small sweet while the goal is to avoid all sweets and save one’s health being diabetes-prone. That one sweet, its delectable flavor can sprout into enjoying more sweets. Or a gradual willpower breakdown eventually resulting in that.

Another could be cowering when challenged on an idea; this sows the seed for developing a cowering habit when challenged in the future, consequently leading to hesitation for sharing ideas and receiving criticism. This deference to others upon an intellectual face-off then becomes second-nature. A self-induced program.

Fortifying as a way of being is about developing strength, or tonifying before an adversary makes itself known.

In martial environments, training how to punch isn’t just for the Now, but the whole act of developing the musculature, nervous system and mental fortitude is sculpted ahead of time so that when these movements are necessary, there is no problem executing.

One important question of many we can ask ourselves to detect a distraction seed is:

“Is this person / place / thing / experience going to support the direction I’m going?”