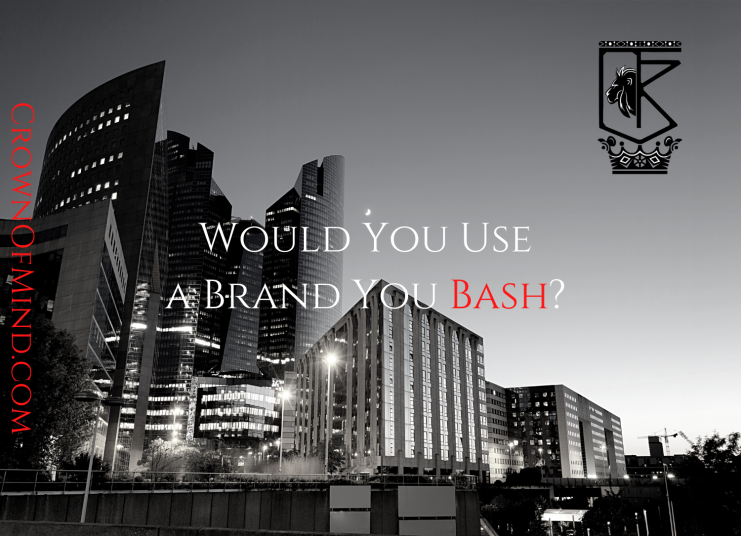 Trends used for clickbait likes and followers exist in many industries and career development is no different.

Especially in the new-grad / career-changer realm, the clientele potential is ripe for tapping into people’s pain points about job search struggles.

If there only was a secret pill, that one special algorithm to suit all scenarios. The grand technique that solves all job seeking problems.

We’re not talking about professionals who left companies to brand and leveraging the skills gained.

This behavior may be fun but usually short-lived. Just like in fashion, the seasonal styles come and go, but the classic pieces stand the test of time.

And while it may be easy to follow the trends and buy that hot item, and then throw the piece away after a season, it’s much more difficult, if not impossible, to fix your professional reputation once it’s been damaged.

Why bash an old employer – because we want to be heard. Raised to advocate for ourselves, we tend to think that every opinion we have needs to be shared. But mainly for the attention – and usually negative talk tends to attract much more attention compared to positive feedback.

Usually that’s not something we parade within our lives – unless we maybe were married to a celebrity.

So then why build your brand on exes? Because it’s clear that this will help in the job search. If X company hired me, then Y will hire me too. I’m amazing for FAANG.

But what happens when you are in your early 30s, and you already have 4 exes in your header? As an employer, I would think twice.

Some people may feel a sense of justice or need to get retribution. In the cases where major abuse takes place, bringing attention to it may be warranted. At these levels there can be additional authorities that get involved to investigate.

What we’re observing now though is a pattern of defaming organizations and utilizing that content to create followings while simultaneously leveraging the brand in social media.

I remember watching a documentary about Facebook a few years ago and a lot of higher-level execs were featured saying they left the company because they realized what they were doing was against all their moral standards. Definitely a big move to go against big tech.

However, the difference between those people and the ones we see bashing employers on LinkedIn, is that the former left this industry as a whole, and instead focused on non-profit work, smaller companies, etc. So unveiling what happens behind scenes seems to have been with the idea to help others understand, with the clear idea that there’s no going back.

In those cases where an industry may be large but network-small, defaming a previous employer could reap future network failures.

Imagine a situation where you broke ties with a supervisor in a destructive way and the next company in the industry you interviewed with happened to be host to this person.

A more disastrous prospect would be if that person also held a leadership role there. In either scenario, whether leader or potential peer, that person has the opportunity to influence your candidacy from within. If it’s known you’re the next potential recruit, they can speak about your past behavior, their thoughts and considerations about how you might treat them once you leave.

An example comes to mind where a director at a previous company talked to incoming students about one graduate who tarnished their professional relationship; she left on bad terms.

Since the industry they were in was also tight-knit, with growth connected strongly to networks, when the director knew the grad interviewed with a friend, she deliberately “put in a word” about this person. The recommendation was to not consider her. It was likely this jobseeker had no clue her opportunities were being blocked from the top from a tarnished relationship.

Final Thoughts on the Ex

Focus on company product rather than work hours, culture, etc. (factors that can be perceived very differently between employees). Unless the company is a scam, there is no reason to bash.

In the short-term, leaving a company on positive footing can allow for a comfortable transition.

There may be times when it’s necessary to plan out a departure at a future, specific time rather than impulsively leaving.

For example, if your position will need a backfill because it’s critical to the business, communicating with the leadership can help facilitate a smooth transition where you retain the role until the next candidate is selected. In this situation, you may build out a transition process with the team to ensure the backfill is efficiently taken care of.

Working with peers on this demonstrates maturity, responsibility and how you strategically consider your actions’ consequences. In the long-term, you may be able to retain your professional connections and receive advocacy.

This can look like referrals, recommendations, peers serving as references and other support resources.