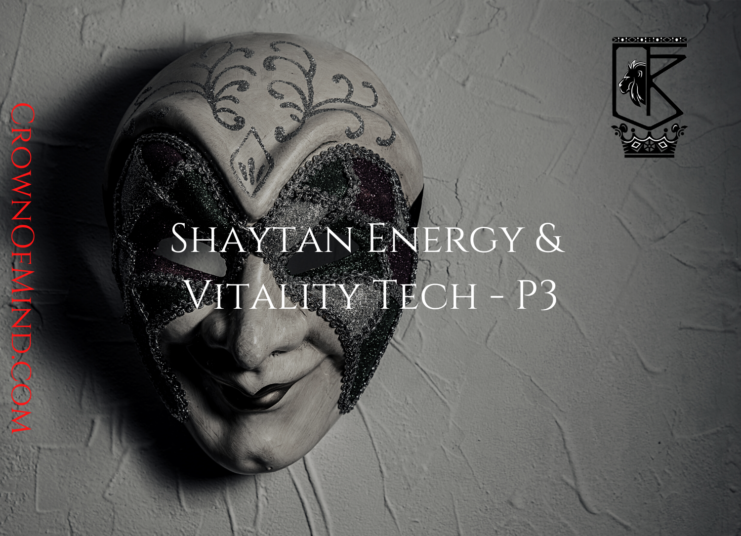 I think we’ve had a relatively abundant dose of comedic influence in the media recently. What people may forget about the comedian, the energy’s role, is to speak about matters that would be unacceptable under normal conditions.

The comedian’s power to bring up topics and weave humor around them enables ideas to expand in restricted environments.

The irony and craftiness behind comedy is the punchline isn’t necessarily for the comedian but for the audience. There’s an underlying message behind the wit.

In alignment with As Above, So Below, everything happening here on third dimension has energetic, counterpart-activity elsewhere. As today’s scientists would say, all matter is condensed energy.

Beyond any single person, the comedian represents the jokester or joker energy.

This is the trickster who can re-morph an environment or idea into a form that’s easier to digest. It can also lower defenses and distract. Batman’s Joker is the archetype of chaos and confusion incarnate to send messages, not always lies.

The joker energy is never taken too seriously, and that’s where the energy is most dangerous.

A “joke” doesn’t always mean a lie, but an approach to a thought that reduces wakefulness. That’s why you might feel a limit to how much someone jokes. Eventually the jokes become irritating or you might have enough of them.

Being a joker doesn’t automatically mean integrity or noble character: a passive-aggressive individual may make a joke about some behavior towards you to indicate some issue or offend; if you’re intuitive enough you might pick up on it as an insult, getting back at you for some reason.

People can use jokes to insult, attack, belittle or develop rapport.

The court jester many centuries ago was the premiere joker. Hired by royalty to deliver entertainment for the court.

The jesters were seen as so non-threatening the king or queen might allow them to be present to hear important information, assuming because they make people laugh they’re stupid and can pose no danger.

Vintage theatrical performances involving comedy and jokers used the platform to bring attention to issues in governments and societal ills. Since laughter is often involved with jokers, they tend to be overlooked. Not taken seriously.

And when the defenses are low, that’s when they strike.

When “conscious” financial professionals have been talking about the coming global power shift for years from the U.S. to the east, they were considered jokes.

When economic shortages and the weakening dollar are discussed, this is written off as a joke as if it couldn’t happen here. Not taken seriously.

Enter Shaytan – The Ancient One

The essence of this joker energy sources from a vibration that has many names in history, one of them known to be Shaytan.

Shaytan is considered the greatest deceiver, the trickster, weaver of weasel words. The whisperer. The craftiest beast in the field. The ultimate persuader. Ruler of confusion. Truth twister.

Shaytan energy is about distractions, persuading people to collect fetters or spiritual weights that keep them from elevating.

As a “whisperer,” Shaytan doesn’t make you do anything. It doesn’t compel or force, only suggests in appealing ways and you end up choosing.

Such is this masterful skill that you would be thinking down is up and up is down.

That which is actually unfavorable being made to be seemingly fair and favorable.

That which is for your growth made to seem boring, unfulfilling, not exciting enough.

If you can make the connections and observe in this world, how insane the energies have become, you’re witnessing Shaytan’s success in much of our population.

Since we’re talking about an energy and not necessarily a person, it exists as a force of nature and also expresses in people. Therefore it cannot be destroyed. But it should be understood so we can effectively put it in its place.

Napoleon Hill, known for the capstone book Think & Grow Rich, delayed publication of one of his creations due to how sensitive the topic was. In Outwitting the Devil, he describes his personal experience and observation of this very energy he calls “the devil.”

To him, this “devil” was internal and revealed itself as a master tempter, motivated by challenging people to deviate from their growth paths.

This “devil” used people’s idleness, laziness and fears to influence.

When you know the guy has nothing good for you and you choose him over someone you know would be the best, that’s your fear and laziness at work. Fear of moving on and laziness about doing the work to vibrate at a level he is so you can resonate.

When health indicators signal you need to improve fitness and you choose to lay around instead, that’s laziness and idleness at work. This “devil” Hill describes is that whisper in your ear suggesting to stay put, make no change.

We can think of many well-known, professionally successful people who “fell from grace” because of their vices and addictions. Extraordinary talent yet still destroyed by the Shaytan energy.

The beast loves talented people. The more potential you have, the greater the feast when you succumb to its intoxicants.

Shaytan is most attracted to beings of immense light, those who can alter collective reality towards evolution, but every sentient being is on the list for a meal.

Your radiance is like the scent of a delicious meal. The more powerful your vibration becomes, the more likely you are to come across craftier corruption tests. They show up in people, experiences, invitations, ideas and within you.

Your gifts and talents contain high-level potential energy. They’re like beacons sending pulses out drawing attention. This is why character development is equally necessary to cultivate with talents. With top talent and a weak spiritual foundation, you’re easy pickings.

There are many angles to look at this energy and would take weeks to explore; for our purposes here we’ll focus on Shaytan’s fundamental role: to test you.

Shaytan challenges humans to pass tests in life through temptations.

It’s an energy as much as an individual; the energy rises up in people, so people can be “taken over” by it and embody the characteristics. At this point you enter the test.

Smith’s experience at the Oscars was the ultimate Shaytan examination; he allowed his feelings, wife’s influence and insecurity to move him to commit an act that swiftly collapsed future opportunities.

Not to mention his wife’s explicit desire for a rapper to the extent her daughter wrote about it, to the extramarital affair with her son’s friend among other behaviors, he’s been under Shaytan’s focus for some time while at his career’s height.

The tests tend to present in appealing packages.

That drink you know you shouldn’t have but because the night is right and your friends are on it, you give in.

Having that one encounter you knew wouldn’t be a good idea but nice to have a notch on your belt from the dating app, now you have what people these days call “a gift.”

Even though your spouse has been amazing in your life, that new colleague just knows how to say the right words and you go with it.

Instead of Shaytan being some scary boogey-being, the energy can be made to serve us by welcoming these examinations.

Tell it to bring them on so you can ace them and earn new spiritual stripes. The energy won’t quit testing you but you will know how to keep it doing the job it’s supposed to: help you grow.

Your credentials or magical “degrees” show up as increased wisdom, physical health, inner power to operate in the world.

Some ways to put it in its place:

Shaytan detection. You simply have to become sharper at recognizing when you’re being tested. From the previous parts in this series, use the prompt question, “What is the experience trying to teach me?”

You can do this for people as well, “Who does this person represent right now in my experience? What am I to learn from them?”

If you can see the test ahead of time you’ll be better prepared. Most people can’t tell they’re even being tested due to not seeing.

The ability to say no. Your personal no is simultaneously a boundary and elevation. The moment you decide to not do something is when you choose to do something else.

Sometimes you may need to delay gratification for a larger goal, or simply be willing to decline invitations you know are least suited to your vision.

Exercising the no preserves energy and builds up the power to will your intent. Like a muscle, as it strengthens you’ll be able to handle greater nos.

Guard and nourish the sense gates. Your senses are turned “on” all of the time, receiving information / energy. As such they’re considered gates that are open where anything you put in front of them will walk right through.

Be mindful of what you see, smell, taste, touch and hear. That’s step one.

Next is to inventory what your gates tend to experience and identify where Shaytan energy may be festering.

Discover a physical art. Your body is of primary interest to Shaytan energy. It harbors all of the primal drives and Shaytan uses these to appeal to your animalistic nature. Every crime, particularly the “crimes of passion” fall into the category of animalistic behavior.

As soon as the guard is down, the energy rises up on provocation and can cause a person to make a lifetime regrettable decision.

Having a physical art, whether it’s pilates or a yoga or cycling or painting, will stimulate awareness of bodily knowledge. You become more in tune with your drives and the nuances of how your body performs. Becoming physically skilled in something also enhances cognitive ability.

Write. Invest time into writing your reflections. It could be 5 minutes in the morning or evening. As you analyze life experiences you’ll need a medium to extract the thoughts and put into a form you can look at objectively.

If you decide to take up jogging as your physical art for example, your body will communicate to you during the experience. The more in flow you are, the more subconscious information will surface from the body.

Cut off Shaytan-like associates. This might be one of the toughest-yet-necessary classes to pass. If you’ve known people for years who haven’t been supportive or involved in your life’s growth and just comfortable because of that, you’re definitely having an exam.

To pass it you have to dissociate. Failure to do so will keep you where you are, thinking and behaving along the same vibrations as they do.