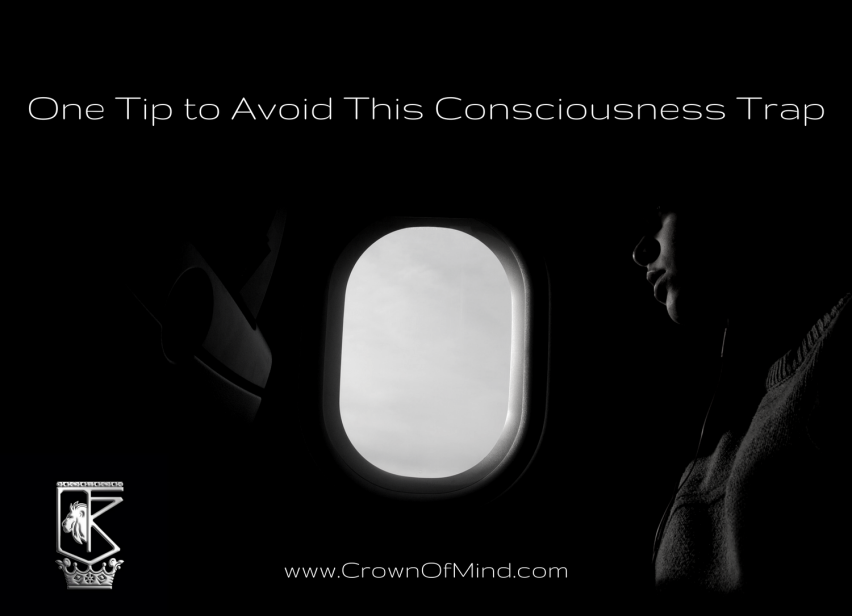 In a conversation with a bus driver I know, she asked about my current creative projects. I mentioned the work with mindfulness and coaching and she described how she’s personally working on herself in this area with help from a friend. Revealed a turquoise pendant and stated she’s listening to podcasts.

And YouTube videos. And learning to meditate. And more suggestions from her friend. So much so that she’s feeling overwhelmed and confused on where to begin on this path.

When an awakening moment arrives it can feel like a rush of excitement and also a blank slate. “Where do I go from here? How do I start?”

Some people have a strong intuition, enough that can guide them on these nuanced decisions from the start. But why this can become a consciousness trap for others is because the desire for elevating opens up a person to receive information. This receptivity is trance-like in nature, and trance is our natural gateway to inner transformation, or subconscious programming. When an idea is implanted as a program it influences our self-image and life force, ultimately affecting how we behave, think, feel and manifest in the world. So taking in a scattered series of content on “consciousness” can be a dangerous path if those information sources are inaccurate, or maliciously sharing manipulative content.

As an example, subliminal content available for free online is designed to alter your state. It does this by putting you into a trance and then using the media to suggest ideas for implantation. Even if there is content you can directly hear, it is possible that a sub-subliminal message exists beyond what you can consciously hear, yet your subconscious collects it. This kind of programming is everywhere from billboards (one example of a bus ad here has a woman not just laying on her stomach looking at you, her buttocks is hiked up to accentuate a sexual pose; she’s supposed to be advertising clothes) to commercials to magazines to movies. Needless to say a skill of discerning them is vital; the discernment itself creates awareness of choice whether to accept or reject the messages once seen.

Since just about all content we’re exposed to can act like a trap, working to have an influence on us, pining for our attention, it’s up to us to do the work and recognize if the content is authentically advancing, and if the source is offering it from a place of wisdom.

My suggestion to the driver was to practice a basic meditation technique and become good at it. Since she mentioned wanting to have internal peace, the kind that isn’t disturbed by external environments, this technology would be valuable for her path. Once having a habit of meditation and strengthening that internal state, she will have a foundation to pursue deeper knowledge. And, she will begin accessing her own intuitive knowledge and the neteru (What’s that? We’ll cover that in the future. For now, research here).

It happens to us at different times in life, that moment when we come to realize the potential of our “higher self,” of becoming realized, the possibility of becoming a divine being. These exact words may not be used. But when it arrives, the spike in drive to learn as much as possible can make us travel blindly and fall into a trap.

Walk your path with discernment.