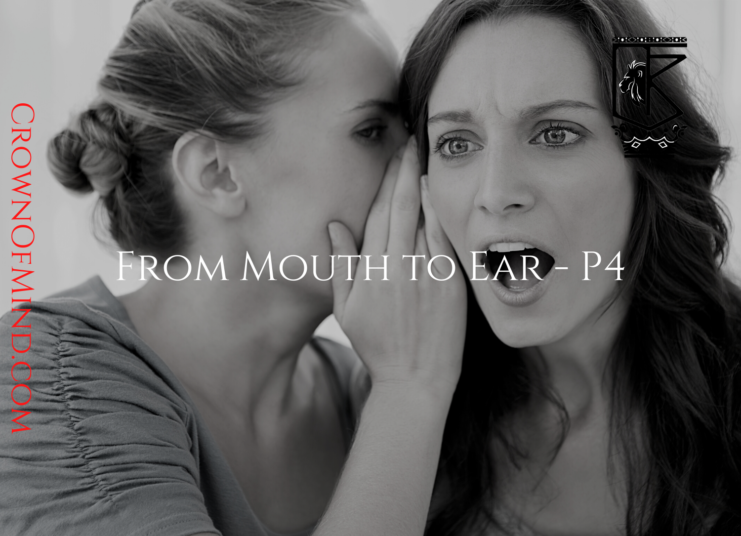 From his “Think & Grow Rich,” Napoleon Hill isolated a phenomenon already in existence but often unspoken: networks comprising like-minded people who had defined goals and supported each other tended to amplify all involved. Focused units like this existed for millennia. He decided to call them mastermind groups. They shared knowledge and resources from mouth to ear. Directly and discreetly.

Thomas Jefferson, likable or not would hold the Jeffersonian dinner, where the time’s thought leaders would get together and explore ideas. They sat together and broke bread, debated, shared knowledge and resources from mouth to ear. Directly and discreetly.

Being around people who are highly cultivated stimulates cultivation in others by exposure and dialogue. It’s content and also energetic. Conversation is one of the most useful tools to spark awakening.

During that time a significant number of the nation’s organizers were Freemasons, another group tracing its origins back to Ancient Egypt. They too used story and imagery to shroud potent knowledge. The higher the degree achieved, the more access you have to that knowledge. It’s also shared from mouth to ear. Directly and discreetly.

Overseas was the Invisible College, a silent group of like-minded scientists, philosophers and other thinkers who understood some of the universal aspects regarding life. They were considered “invisible” because you didn’t really join any specific organization. You were a “member” by means of the thought frequency lived on. Your stature naturally initiated you.

Thousands of years before these contemporary versions were the mystery schools of Ancient Egypt, where entry had to be earned to access the knowledge. You also had to be near 40 to begin receiving the highest knowledge degrees.

Ask Pythagoras, who is said to be the “father of mathematics” or “father of geometry,” also took his advanced studies in Ancient Egypt. Received knowledge directly and discreetly.

That should eradicate the idea of him being the “father” if he learned what he knew from others. The true story is he’s a “child” who studied at the feet of mathematic masters.

Indigenous civilizations always possessed secret knowledge of the ways of masculine energy, for boys to mature into men. This was accomplished through rites of passage where he had to be tested, and along the way his male elders would impart on him understanding from the male perspective, how to live in the world. The knowledge and ways of the Pharaohs, kings and chieftains. Mouth to ear. Directly and discreetly.

Similar rites of passage existed for young girls who were taught the noble ways of feminine energy and how their queenly strengths can flourish, by their elder women. These still exist in many forms, one of the most notable being the Red Tent. Mouth to ear. Directly and discreetly.

In career development, the obvious way to advance in a role is to undergo an interview, secure the job and then be promoted. A normal and recognized process.

But there’s also the “esoteric” approach, which involves networking. Particularly when it comes to higher level roles at the VP, executive or C-suite or business-to-business, you’ll find the most important meetings take place outside the standard office room.

They’re held for 10 minutes at a cafe or in front of some building. This is where decisions might make or break your opportunity. Mouth to ear. Directly and discreetly.

When knowledge is broadly accessible, easy to Google, it’s likely lower level. If this was untrue we’d be living in a much different world right now.

The kind that challenges you to put in effort to discover it through others or by inner revelation, to have some investment, put hands in soil and sift through the crud, will always be higher tier.

Since people read less today, another way to discreetly share info is to put it in a book.

Gauge your experience learning in a large class compared with personal tutelage from a skilled person. The class can be effective but there’s something distinct about the customization involved with speaking directly.

Organic, direct communication will never be replaced by the kind of herd-type contact social engineers are attempting to create today.

Beware: with an emphasis on hiding your face at all times from others, limiting your connection with others, telling you where and how you may go about the earth, imprinting these ways onto children at a young age where they need proper social-emotional development, is setting up a portion of the population on a path towards relational dysfunction. Spiritual dysfunction.

In my 28 years martial arts training I can attest to both sides of the experience, being a student and a teacher and this communication. A skillful teacher is able to pass on not only their advice but unique eye with the skill. They can see what you might miss and help you adjust. Consequently achieving rapid improvement.

A masterful teacher is able to transmit their signature. It’s subtle, energetic, comprising of mannerisms, thought forms, conduct. With enough time you integrate a spark of their Qi into your own energy field.

If you ever wondered why in cinema where the student goes to learn from a master in some way, the master appears to be an asshole at first, having the student perform acts that have nothing to do with the original skill, it’s because that’s part of the development process.

The student thinks he’s going to immediately learn how to attack people or play remarkable chess from the start. But he ends up washing the dishes, handling errands and going on non-skill adventures with the master.

The student eventually gets pissed off, then the master has to reframe his thinking by demonstration. The point is the development process requires a whole-character change, with the student absorbing qualities that enable the master to become masterful.

To Have or to Know How to Have

Ideally this helps anyone tempted by get-rich-quick or get-anything-quick schemes to annihilate the thought.

If you ever observed why million-dollar lottery winners or athletes tend to go broke after amassing so much cash, it’s the same reason: the resource without the know-how is useless.

The know-how without the resource will result in acquiring it. And knowing how to grow it.

If the student can’t be patient, unable to control impulses, refuses to think critically or see long-term, has weak humility, there’s no way in hell he’s going to be receptive enough to follow instructions to become masterful. This kind of knowledge also arrives from mouth to ear. Shared directly and discreetly.

With the Internet, we can simulate a type of alternative to this mouth to ear by watching lectures or courses created by masterful people. But it still lacks the personalization a solid 1-1 relationship can provide. Despite that, make use of it as the next best thing.