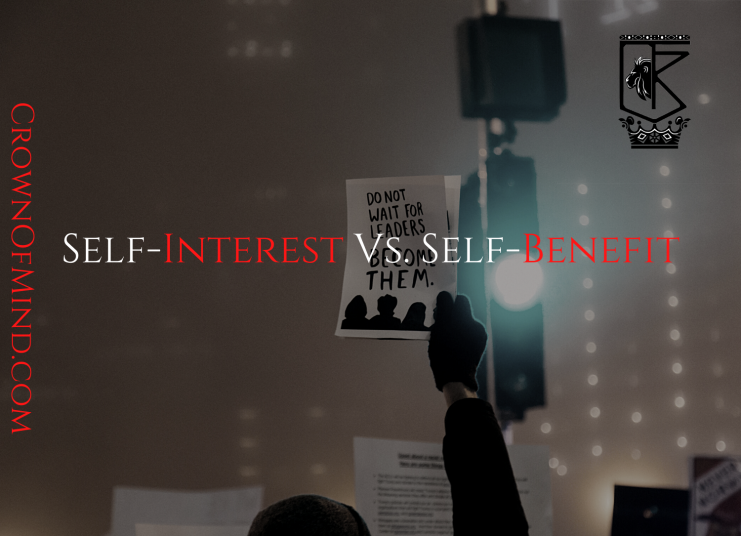 The two appear to be the same but have distinct energies.

Reflecting back to undergrad, there was a time when “servant leadership” was on the business agenda list. In the texts, among the types of leadership described, servant leadership was given most praise. The way this form was described made it seem like the leader was a sacrificial animal, a being whose purpose is only to do for, provide for, to live for other beings.

Every crumb, every thread in the fiber of the leader’s being, to be sacrificed for people. In a way, this perception is like martyrdom to me, and unnecessary as a leadership style.

A martyrdom leadership style resembles group vampirism to me, where a group extinguishes a leader’s fire by taking without giving in return; a using up; inducing depletion in that leader, where what is shared for their highest good is taken for granted. In this scenario, the servant leader strives to serve while those being led close eyes and receive blindly.

Servant leadership in its authentic sense looks to me like a proper exchange, where the leader is discerning about who to offer one’s value, whether that exchange is respect or a return on that leadership investment in the form of becoming better individuals through the leadership given, becoming better versions who can venture out and stimulate others’ inner light.

A servant leader isn’t an impotent pushover but a being who is purposed to assist others in becoming leaders themselves.

To manifest servant leadership energy though, I emphasize the importance of distinguishing between self-interest and self-benefit. This actually would be beneficial for leaders and non-leaders:

Is short-term in thinking. The thought range is brief, and this consequently deletes the ability to foresee harmful consequences of taking rash action.

Is life-deteriorating. The weak foresight to detect this action is harmful over the long-term and eventually creates a life-ruining experience. One could relate this to habits like vaping because it looks or feels cool, but wreaks havoc on the system over time.

May not sacrifice. This means a self-interested motive may not be willing to forego something now to achieve a greater benefit later on. An allusion to a lack of self-control or overt impulsivity.

Will only do what is guaranteed to be pleasurable. This alludes to a hedonistic energy, a mental state that requires an emotional, sensory high to take action. Combined with the short-sightedness, seeking only pleasurable experiences dulls the senses, reduces self-discipline and can trap an individual in an addiction spiral.

Can appear selfish. In social relations, this energy may be difficult to keep stealth. Radiating self-interest can turn off existing colleagues, friends or would-be connections as they realize the short-sightedness, destructive behavior and prefer to keep that outside of their circles.

Is long-term focused. As a benefit, this quality is life-affirming. Being able to perceive further out in time, examining the potentialities from an action, gives the possessor more power of choice.

Increases a person. This is about abundance in a holistic sense. Mind-body. Emotional qualities. Social relationships. Health. Opportunities. A benefit is an asset.

Involves sacrifice. With the long-term focus and life-affirming detection, there is a willingness to set aside immediate gratification to manifest a larger objective. Receiving or experiencing the objective after sacrificing gratification produces deeper appreciation when the goal is realized.

May show no immediate benefit. Without the foresight, actions taken for self-benefit rather than immediate interest may appear odd, nonsensical or even foolish by some. Those who make these statements known tend to have the short-sightedness and immediate gratification hunger. Over time the labor’s fruits begin to show and then it all “makes sense.”

Can appear selfish. Although there is a longer-term focus and for life affirmation, taking actions for self-benefit can also look selfish externally. Actions might appear contrary to popular approaches or thoughts. This too tends to be labeled so by people who have short-term vision.

Overall, self-interest and self-benefit look similar but contrast with time. As one person makes choices for now, and the other for the future, the outcomes reveal differences in each person’s inner world.

[…] The luxury options still exist, the rooftop bars and lounges. People were on the line, quite a long one, to enter a popular venue near 34th Street. It’s fascinating that this would be an option for people, considering most U.S. citizens cannot handle a $400-$500 emergency with cash. Purchase choices often come down to the emotions. They’re less often logical, and this points to making purchases that are not in favor of the individual’s true self-benefit. […]