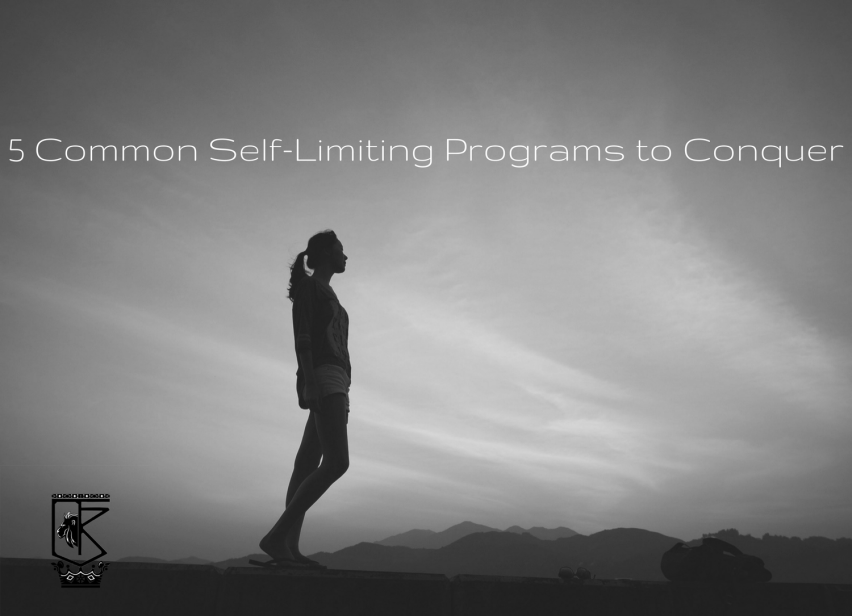 “That’s impossible for me.”

These mind programs operate at the subconscious level, enabling them to spread their influence throughout daily life. Much more impact-ful than the spectacular feats people tend to be in awe of when it comes to the “law of attraction,” daily programming works like the Japanese concept of Kaizen, or continuous self-improvement. What these programs do is design our consciousness by set tingit up for continuous self-destruction. Reverse-Kaizen.

By self-destruction I mean…reverse our progress. These seemingly-small statements act so subtly that we accept them as part of normal, daily conversation. We take these in thinking nothing is wrong with the use of the language, but for us beings who have speech, language shapes reality.  Let’s cover each one individually:

Ever heard the statement, “Your wish is my command?” When you make a wish what you’re doing is accessing the power of commanding, not wishing. The wish tells the subconscious mind / spirit what you desire but the texture of that energy is not a declaration. By your wish, you are stating that you cannot attain that which you’re wishing. You want to be that CEO, or you want to be an amazing chef, or you want to be a successful pilot, but your will is not engaged with conviction that you’ll actually have it. Instead of wishing, you can better program your spirit by stating in a confident tone, visualizing yourself as that person or in that experience, “I will be xyz” or “I will have xyz,” or even “I am xyz,” placing your frequency in that state of mind right now. By saying you are that right now, you secure in your mind the energy frequency necessary to be it. You will be challenged to talk like it, walk like it, act it until you are it.

“That’s impossible for me.”

This is similar to the wish but rather than spark a desire, you ignite the subconscious mind with another dismissive program. Whatever you’re comparing yourself to, it becomes the bar for your performance. You will perform less than that which you compared yourself to. In the “back of your mind” as some people say (really the subconscious/spirit), you will continue to think that you aren’t good enough. This pattern then influences your motivation, focus and consequently your manifestations. Revisit this statement and alter it by saying, “I can be better with practice.”

This is a conditioning program, one that says you require a bargain in order to manifest something. When the conditions aren’t met, you are incapable of creating, doing, thinking or taking some form of action in your reality. Our western society, despite the abundance of resources here, still holds this program in public consciousness. By saying we’d do something only if we had something, we indirectly place the blame on the external factor, whatever it is that we’re missing. It becomes simultaneously the savior and the enemy: the savior when we receive it and the enemy when it alludes us. Reverse this statement by saying “I am resourceful and will figure it out no matter what.” Without going into an extensive list of case studies, conduct a brief Internet search on entrepreneurs and creators of the ages who found ways to accomplish their goals. They didn’t wait for something, just the right person or dollar amount or time of the year; they understood what their vision was and became resourceful, creating ways to progress.

This program can be tricky, because it could very well be true that we weren’t always good at something. An aspiring 6-figure poker player may say to herself, “Me? I was never good at poker.” And she could also add, “But that never stopped me from improving. Now I’m one of the top 6 players in the world.”

As with everything we say and do, the intention behind the act is of critical importance, and can make the difference between a toxic or healthy manifestation. If “I was never” is used, she must be mindful to say it with the energy of that as a springboard towards further growth. If it’s left as is, it becomes a self-defeating program that says, “She was never good at it and since she didn’t say anything else to change it, she never will. Let’s help her accomplish that.”

Daily self-talk can be our asset or liability without realizing. Our spirit is turned on constantly absorbing the life experiences we have, but there are experiences (verbal, visual and environmental) that activate it for heightened receptivity. Speaking statements, toxic or beneficial, operate as one of those times when we elevate our subconscious receptivity, opening the door for new programs to enter and do their work.

[…] you’re familiar with any of my work, you know that language can influence mental states. That means they can impact emotions, and emotional states can influence the body. So what we say and […]

Why You Should Keep Your Top Goals Secret - CrownOfMind.Com

[…] When excited about a goal we plan to work towards, there can be temptation to want to tell everyone, blast it out to the world. But this opens up your goal, and by extension your mind to sabotage.  […]