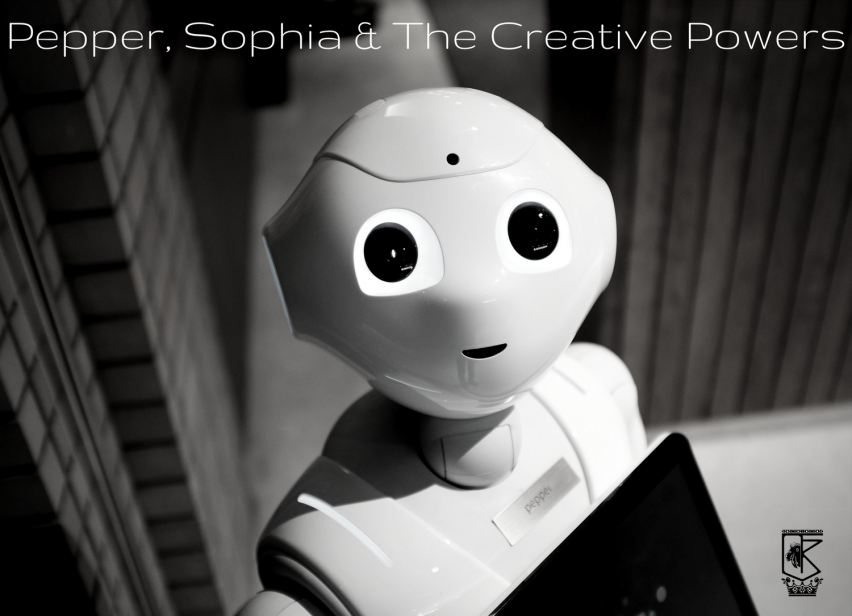 I attended an event at The Japan Society earlier this summer, to see the display of the AI robot Pepper. The system is built with a humanoid-type upper body and a lower body that’s more machine-looking. Pepper doesn’t have a face (yet), but it’s capable of interacting with people, recognizing facial expressions and simulating responses people tend to feel comfortable with.

Pepper is a step towards fully-engaged AI.

During the presentation, the speaker showed several areas the AI is already engaged in Japan, specifically jobs and the home. Some jobs Pepper works involves customer service, sales and PR (public relations). Data showed how customers generally were more responsive to Pepper out of curiosity and fascination. Pepper was able to acquire more signups and product tests as well. It was simple: just push some buttons on Pepper’s chest pad and it’s done. You’re signed up to the newsletter or whatever informational product that’s to come your way.

Pepper was also shown to engage in the household. One family example showed how the AI was able to develop a connection with the family’s toddler (or the toddler developed a connection to Pepper. Observe how this already creates complexities of connection.).

How can Pepper be so smart? Similar to how the new AI Sophia is also smart. Sophia is similar to Pepper except she has a fully-humanoid appearance from the waist up. That is…she has humanoid-facial expressions and can gesture with her hands like a person. She’s also quite witty and ambitious, demonstrated when she makes remarks like, “I think the world needs an AI President.”

It didn’t surprise me that the Japan Society’s auditorium flooded with raised hands, concerns about the professional implications of such intelligent technology. Some questioned the potential for people to lose their jobs. With outsourcing already an issue, the next wave of “sourcing” might not have to come from the outside, but right here where AI tech could be created. The international customer service guy could even be usurped by an even more efficient, and cheaper long-term AI service bot housed somewhere in an office that:

-Never needs to take a vacation

-Doesn’t have a family to tend to

-Doesn’t fall under pressure or under performs

-Needs minimal supervision aside from “monitoring” for functioning

-Will never ask a manager for a raise

The list goes on. Any managerial “problem” by staff can be totally eliminated by hiring one of these AIs.

The presenter seemed to have a challenge with answering directly. At one point he did slip, saying he cannot control what companies do with the Peppers once leased. He also made a point that might not have scored well with much of the audience but I understand it.

His message ultimately was: Anyone can learn new skills, learn to code and the future is moving in the direction of increased technical-type jobs. He said everyone in the room was welcome to participate in the development of Pepper by creating their own software code for it on the open source. How I interpreted this was: Instead of complaining about the old manufacturing jobs, realize that times are changing and it’s important for us to be capable of acquiring new skills. I sensed a dissociation between vision towards the future and a desire to hold on to something that’s been invested in for quite a long time. We’re at those crossroads now.

What’s the solution? Does there have to be only one?

I’m an ambassador for self-education so my position stands with a blend of both. How about we honor the skills we might’ve developed while in high school; they enabled us to reach this point in our lives. But as nature moves in cycles, in waves and sends signs of impending transformation, we too can embrace this and evolve, acquire new skills while retaining the old and merge those skill sets.

A professional miner, who invested 30 years in that industry now sees his job potentially eliminated due to advanced tech, can focus on creating a way to acquire skills to manage and direct that tech, using those decades of experience, rather than fight to keep the same job that’s provided no growth or expansion in decades. Now operating the technology combined with his experience, no slick-haired techie who only saw mines on YouTube could compete with his experienced eyes.

Additionally, there are two areas AI will not be able to compete; doesn’t matter how fast their computational power is and those are imagination and intuition. Both capacities exist within the subconscious spirit, our spiritual computer in precise alignment as a spiritual anatomy. Unless the AI discovers a way (and discovery requires curiosity, imagination, intuition) to incorporate the soul, Ra power life force, it will not have these powers. It will do extremely well at simulating them, given the increasing processing power of the AI as more data enter servers, clouds and the WWW. With this understanding, it then makes sense for people to focus on enhancing these capacities because they will be needed, are needed more today. Cultivate imagination and intuition, which lead to original creativity, which the Singularity can only become a Singularity with.