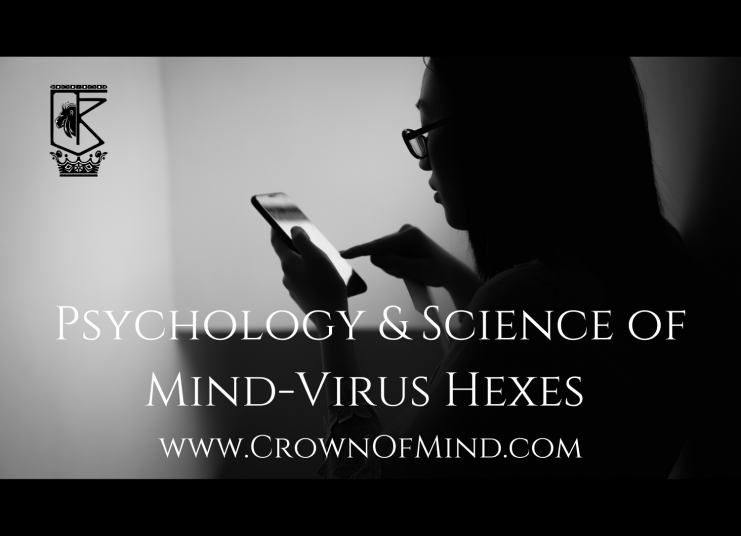 “Don’t let your unexamined thoughts cause you pain and keep you from living your Divine purpose.” – Dr. Wayne W. Dyer

Imagine: you’re out with a friend and during the conversation a mental light bulb switches on. You receive the Aha moment, a tidal wave of inspiration, a deep energy rush. For the first time in a long time, you might’ve arrived at originality. You can see how to create it; the mind’s eye is already going to work.

It’s so deep you just have to smile and blurt out the fantastic idea picked up from the ocean of thought. It makes perfect sense to you, why wouldn’t it be perfect to share, right?

“Got what?” your friend replies. Already you sense a bit of skepticism but choose to ignore it.

“The idea just came to me. It’s exactly what I need to get this done.”

You describe the plan to your friend and feel the delivery was precise. Straight out of your mind, downloaded into your friend’s psyche. And you feel great. Then, like an ice-cold water dowsing, your friend’s reply consumes your body-mind and soul, chilling you to the bone:

“It’s a stupid idea, really. I don’t know why you come up with this stuff. You should stick to what you’re already doing. Do what you know how to do already. Not sure why you keep trying to be special when you’re really just like all of us. It makes me mad sometimes.”

Every inch of energetic passion flowing through you dissolved at that moment. The light bulb cracked. Vision extinguished.

For the next several weeks, you try to muster the courage to conjure a creative idea and find yourself blocked. Instant fear sets in the moment you venture into unchartered soul territory. The energy in your friend’s message is ingrained in your thought patterns. The verbal put-down is a mental wound.

Without realizing it, you’ve been mentally assaulted.

The above scenario is all too common, and I’ve been on a personal quest to understand what tends to happen, as we become adults. Why are we so quick to shut down new ideas? What creates the inner skeptic that shrugs off any thought that steps outside of common belief? What changes in the adult that destroys magical thinking?

My understanding is we can be psychically hexed so many times by adults who’ve been hexed by other adults they cannot help but impose their hexed beliefs.

Think about it. A child is born into the world without any imposed beliefs. She is essentially free, and by being free she’s limitless in thought. As she grows, she experiences her first boundaries and laws. Instinctively she learns that fire can burn her, water can feel cold, the sun feels warm, and when she’s hungry she needs to eat. Growing into a natural scientist.

Then there are the adult-imposed laws, provided directly by the caregivers, who begin infusing the child with their beliefs of what and what not to do. They knowingly or unknowingly teach her what’s possible and what’s fiction. They decide when Santa Claus is real and when he’s fake. More often than not, these beliefs are not grounded in consciousness or universal laws because adults did not guide them in consciousness or universal laws when young.

Eventually, the child goes to school, enters social groups and becomes an adult, learning from these various belief systems. If the adult is not conscious, she becomes a programmed mesh of all these beliefs, often limited, rarely empowering. If still not conscious, these beliefs ride underneath her radar, clouding her wisdom. The zest for life dissipates. If then still not conscious and has children, it is highly likely those beliefs she acquired over time will be passed on to them. The cycle continues until someone cuts the cords and becomes conscious.

Webster’s definition of a hex is defined as “an evil spell” or “a harmful spell” or a “jinx” (2016). In magical lore, the hex was feared as a specific, targeted spell casting of ill intention on a person or group. As a result, a person could fall under bad luck, face catastrophe or be captured by a magical mental cloud that brought them nothing but destructive experiences.

Is this really just lore? The interesting aspect of this phenomenon is we can experience potential hexes several times a day, often unaware it is strongly associated with streaming thought patterns called memes in psychology.

A meme is “an element of a culture or system of behavior that may be considered to be passed from one individual to another by non-genetic means, especially imitation” (Oxford Dictionaries, 2016). The meme is a word relative of “mimic,” an ability to repeat some thing or way of perceiving consciously or unconsciously.

For practical reference, here are some popular memes we have today:

In Richard Brodie’s “Virus of the Mind: The New Science of the Meme,” the author gives numerous examples of how these memes spread within our mental space similar to how viruses multiply in our bodies, or pass on to people with contact. Since we’re mental beings, we contract ideas just like picking up germs. And the more attractive the idea, the farther and faster it can spread.

Ever wonder why athletes and celebrities, who have nothing to do with a product, will host it in a commercial? Marketers know influential people can spread memes easier; they’ve tapped the media for potent application of this spiritual science.

Meme Capture: Under the Influence

When captured by an idea, we think about it many times. It comes to us when we set it aside. It can haunt us if we don’t want to recall it. We can call the idea forth, and that idea has a corresponding mental vibration. The mental vibration has an influence on the body. Then we manifest that vibration in our reality.

The more people who copy or mimic the behavior or belief, the stronger the meme, and the wider that energy pattern spreads. Part of what enables us to copy the patterns in this way is the mirror neuron.

Mirror neurons exist within our brain and provide empathy’s physiological element, our ability to connect with others, understand them, and see life “in their shoes” (Winerman, Oct. 2005). The more developed these neurons are, the greater our capacity to perceive as others do. It ought to be clear here that anyone interested in leadership, healing or connecting with others in some capacity should give attention to maximizing their mirror neuron strength.

What does this all have to do with hexes?

For better or worse, we can absorb ideas and pass them on to others, and if we’re not conscious of this operation, we can fall under the sway of others’ thoughts, pick up those patterns and carry them with us. The patterns can visibly torture us as in the case of depression, or sit at the subconscious and wreak havoc on our systems without realizing we’re the ones committing self-sabotage.

4 Ways to Combat Hex Memes for the New Year

The New Year represents a time of renewal, refreshment, and change. We aim to alter old habits, create new paths. Inwardly, we strive to destroy old memes and create new ones.

To accomplish this no matter our goals, it’s important to give proper self-awareness and manage our thought inventory:

Question yourself: are the thoughts you have from you or from other people? What memes have you picked up? Which thoughts are yours? Are you hexing yourself with mental self-abuse?

Examine your conversations: choose your communication wisely. The conversations you have with people will inevitably sink into your psyche. You’ll forget about them but the experience remains in your subconscious, so be mindful of the quality of people you invest time with. If their memes are continuously negative, time to let go.

Examine your media exposure: social and mainstream media are abundant in memes, positive and negative. Viral videos that spark humor can carry themes we end up duplicating in lifestyle. Numbness to seeing violence may be a consequence of adjusting to violence memes. Be conscious when consuming.

Practice creating your own memes: this involves thinking about the behaviors, thoughts or beliefs you want to incorporate into your life and immediately beginning to act them out. This skill is connected to “fake it before you make it,” and authentic alchemists know that imagination is real, so what others consider “fake” we acknowledge as real. What you’re doing is activating energy patterns. Need more confidence? Examine the patterns of confidence and emulate. Self-help “gurus” apply this principle without realizing it when they tell you to watch what “successful” people do and copy. The emulation will begin manifesting in you. This is actually an ancient practice used by monks in deity yoga and tantra, where practitioners envision divine archetypes in themselves, dress the part and in this way access their energies.

In modern speak: this is what we do when we discover role models to learn from or actors becoming a character on stage.

The hex science, like any other form of power is neutral, and how we use it depends on our intention.

[…] is truly a spell – an incantation that controls virtually every aspect of life, from media to politics to […]