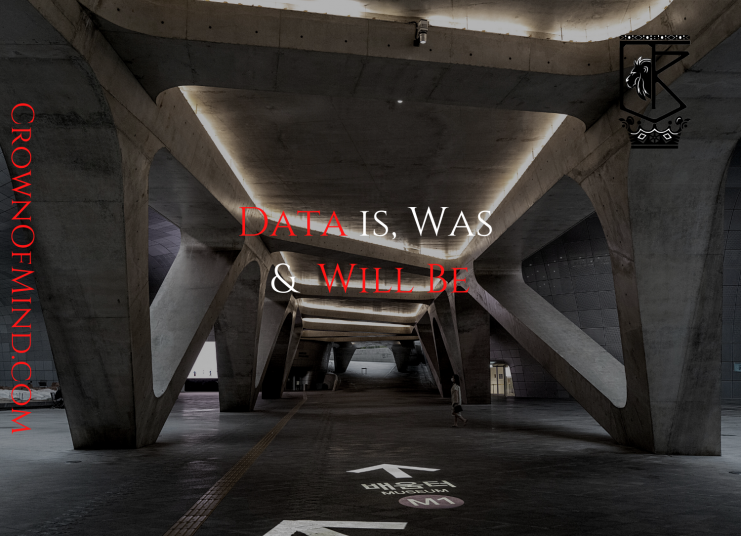 This will be a continuous dialogue as I venture deeper into the software developer / data / cyber world.

Even before these industries became prominent, positioned as attractive for the greater population to explore, the idea of data and its value has been around for millennia.

From the I Ching to astrology to the ancient runes to the oracles to the psychological tool known as tarot cards, advantage has been granted to those who had the ability, or the access to the ability to foresee based on information. Royals for thousands of years invested in seers who could help them understand patterns for better decision-making.

Smart leaders tend to have boards, advisors, elderly counsel, tailored research or some means of learning about world patterns to assist with their decisions.

This information enables people with such intuitive acuity to perceive some series of events before they manifest here in the physical plane. That foresight, if used wisely, can equip a person with more Time to take action in precise ways.

Indigenous peoples can observe the animals’ behavior in their environments; from how they act, one could forecast weather changes or if a fire emerged.

Checking out the patterns in the sky, how the stars move, sky readers (astrologers and astronomers) can discern interplanetary behavior.

All of these methods were technologies achieved without the modern-day computer. They had (and some still use these) different data collection strategies.

When you don’t know something and your competitor knows, they can collapse Time faster than you: their decisions can be more accurate, timed better and executed with more precise resources.

If you examine world events, even the main storylines in movies and shows, the underlying theme tends to be about someone or group gaining, striving for, withholding or seeking to have another’s knowledge (information, data).

Devices like the Apple Watch and Oura provide value to users not just by the data seen through its activity functions, but also the education teaching people how to understand their own data and make decisions based on that information.

At a more advanced level, because of quantum superposition, all things in existence are connected (another way of saying We Are One), therefore an advanced mental science practitioner could gain knowledge of things non-locally (can see patterns, data).

Data Is All Around Us & Within

Essentially, data is everywhere. Residue left over from our every action, whether it’s what we search on the Internet to where our footsteps leave tracks as we walk to the market.

Data is information. As such, it can be observed, labeled and viewed from a distance or microscopic lens.

The more data we can observe and harness, the stronger our predictive power becomes.

Doing this through data scientific means is no different than being able to discern data from life experiences and recognizing patterns; that too strengthens our predictive powers involving daily living.

When we encounter a difficult soul, having a conflict with that being, we can extract the data from that life experience by asking questions:

Having Data is Just Step One

Depending on the person’s ability to self-directed learn, this information (data) will be absorbed into the subconscious and reinforced when encountering a similar situation in the future. When a situation like this arrives again, the person’s predictive power will serve as a forecasting tool, mentally equipping the person with the volition to choose different actions to produce a new outcome.

The difference between someone who can use this predictive power versus someone who doesn’t is learning and integration.

Data existing doesn’t guarantee that it will be used properly or at all. Just like a data scientist can capture amazingly acute insights into a case and wrap it up into a well-designed presentation, it doesn’t guarantee the data’s user will apply that knowledge effectively.

Data is, was and always will be because it is information, and information is energy, and energy cannot be created or destroyed, only transformed.