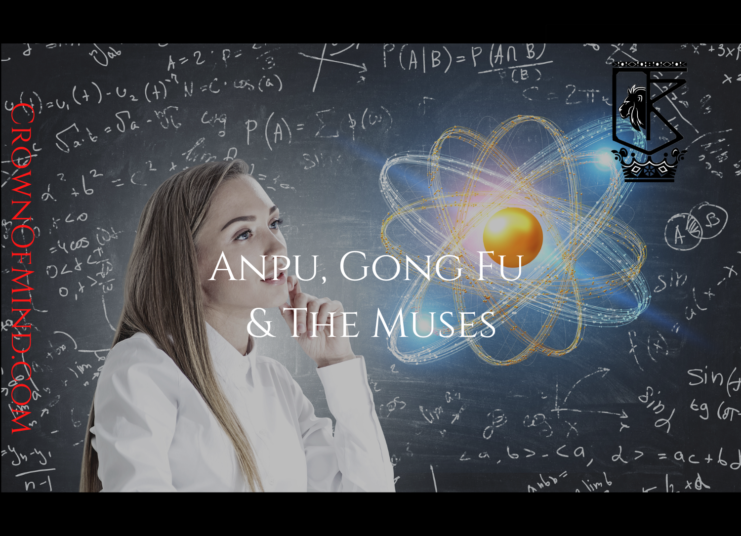 There’s a challenge you’ve been thinking about for a few days.

In your craft, after several attempts to arrive at a conclusion on how to improve, “Forget it, for now,” you say. Life goes on.

But the thought nags at you. While at the restaurant with friends, on your treadmill, watching your favorite show. The thought sneaks up on you, refusing to leave.

You dream about it, the thought taking on a form. It becomes a monster the size of a leprechaun with a presence ten times the stature. Waking up at night sweating, you can’t help but think this question is now haunting you.

Enter YouTube. You search “personal development focus” for some relevant videos. Perhaps content creators can offer sage advice on how to move beyond your plateau. Without a sense of direction, you intuitively understand there will be no further growth without doing something different.

“Ambition without knowledge,” one self-development-influencer-game streamer says with a smile, “will only take you so far. At some point you gotta grow and do it with some kind of direction.”

“No kidding,” you say to the screen.

The streamer flips a hair lock from her eyes, “see the way I did it was I just watched other streamers do what I wanted to do. Then I just did it. Simple as that. You gotta watch what the people do who are at where you wanna be.”

You click off the video and scroll for others.

“Just be positive and things will turn around for the best,” another influencer says while walking outside with his phone. He talks and records.

“It took me 45 years to be where I’m at and I still got a long, long way to go. Don’t rush it, people!” This next content creator with gray hair and swim shorts was preparing to dive off a boat board into the ocean.

After flowing through a few more videos it becomes clear to you YouTube will offer way more generalities than actionable advice.

With a hard plop onto your couch, hands behind head, you close eyes and lay in silence. Maybe there’s another way to approach this.

If you’re experiencing a similar situation, it’s likely you’re facing a monster that’s grown a few limbs walking in and out of your psyche.

For majority of those on the mailing list, we know that problems come with living on this plane. In essence they aren’t negative but opportunities to exercise capabilities with creating and implementing solutions.

A challenge or problem exists for us as an alchemical exercise; what are the ingredients necessary to convert this distortion in reality into a more favorable scenario?

The whole process from problem recognition to insight to application imbues us with wisdom.

When it comes to skill improvement this is no different.

We can approach it from the plain, mundane perspective and say to just be positive and practice. Things then will take care of itself.

Or we can truly be spiritual scientists and take full responsibility for the directed evolution of what we want to improve in ourselves. Most here would choose the latter.

Sorting out the optimal paths for improvement would require eliminating as many distractions as possible. YouTube videos can be valuable at the right time for insight, but when you’re facing a noticeable idea block it may be better to remove the external noise.

Years ago I knew a person who was obsessed with taking personal development classes and trainings. The drive for learning was admirable but I observed there wasn’t much growth resulting.

From the experiences, learning didn’t produce transformation, only interest in attending more. At some point the drive for learning became the drive to attend for attendance’s sake.

With so many teachers, coaches, guides, consultants and spiritual people in one’s ear, it can be challenging to recognize when your individual, unique insight is speaking.

This is where Anpu energy comes in. Traditionally called “Anubis,” you may find this archetype’s iconography familiar. With high ears and canine aesthetic, Anpu is considered the Opener of the Way on the soul voyage.

The ears are always perked up to symbolize attentiveness, listening, composed alertness.

As both a force of nature and capacity within people, Anpu represents mental purity and annihilation of obfuscation.

With Anpu mind, you blow away cognitive clouds to perceive the sky clearly.

External stimuli are reduced to minimum to enable better recognition of where your ideas are coming from: either from others or from within.

With this clarity you become a more efficient light receiver; information your spirit may be communicating reaches the awareness with better coherence.

The body is always sharing messages but we’re more or less attuned to them depending on Anpu’s activation.

Swift way to activate the clear mind is to build a personal ritual. Two primary features for creating are: consistency and uniqueness.

The ritual should be committed to once its time and day defined, and the experience made to be special such that it evokes deep meaning.

We have daily rituals that generally achieve consistency but not meaning: making our beds, sleeping at a certain time, daily hygiene practices, food preparation.

One of my Anpu rituals is to have Korean Red Ginseng as tea while either writing or reviewing writing in the journal each morning.

But it’s the uniqueness or special importance that transforms it into an experience that alters our perception; from there we enter a proper trance state and with it awakens the penetrating Anpu mind.

This is how Olympic athlete Michael Phelps describes his race day ritual.

Listen to your spirit’s messages enough and you’re bound to arrive at some insight spark that can apply to life’s challenges.

But just like everything else, there are staircases and scales, quality and depth to all. There are levels to inspiration.

Some ahas may hit randomly where you go with the flow to quickly implement. Other inspirations are longer-lasting; they electrify you to the core and it’s as if you’ve been possessed by some new enthusiasm never felt before. This is how you know a muse is at work.

With Anpu’s mind you’re well-prepared to resonate with a powerful muse.
As feminine energy personified, the muse tends to embody as an endearing woman. The woman a man genuinely loves may be his muse, whose energetic support can amplify his reach beyond previous barriers to accomplish a goal.

A muse may be a collage, vision board, a gift.

As a motivating force, when touched by the muse you may have increased, sustainable energy, perhaps consistent for hours focused on your intent. This kind of power is further reinforced with passion, heightened enjoyment for the focus. It’s fiery but stable.

Considering how music can be used for both elevating and heinous goals (Cardi B meant it when she said her music activated demons), I recommend selecting those without words: nature sounds, ambience, jazz, electronica, indigenous tones.

Infuse the music with your ritual if desired or once you sense the way has been effectively opened.

Once you have insight and the drive, it’s time to take action.

All the muse motivation and clear-mindedness in the world will be useless without actualizing it in physical form, in the present moment.

This step makes you a proper transformer, distinct from many in the population who swing far on one side or the other.

One camp focuses exclusively on the spiritual practices while the other ignores them entirely and lives mundane. They don’t learn from each other.

Applying a spiritual practice to mundane life is the act of “bringing heaven on earth” or expressing “as above, so below, as within so without.”
Relating to your craft, this is the art of gong fu.

Interestingly, if you search this or the variant “kung fu,” you’ll likely see many martial arts images.

Some will say gong fu IS the martial art. Movies illustrate it, comics. The association is everywhere but it’s actually incorrect.

Gong fu is not a martial art. It’s a state of cultivation to mastery through energy and effort.

You can have a martial artist and a gong fu martial artist. Gong fu as masterful skill can be cultivated in any practice, sport, behavior, etc.

If you’re a painter, you paint. But if you’re a gong fu painter, the work may make a stronger impression on people with your oneness with the art solidified. You become the art embodied.

If you’re a marketer you might be doing just fine, but if your marketing is gong fu customers may adore your messaging and leave lasting impressions.

While talent can create a growth advantage, gong fu is established through consistent effort, wisdom and energetic investment. A being with giftedness and gong fu would be a near-unbeatable combination.

With Anpu awake, the muse at your side and gong fu mastery as aspiration, you can manifest the focus and zeal to fuse with your craft and take the next development leap.