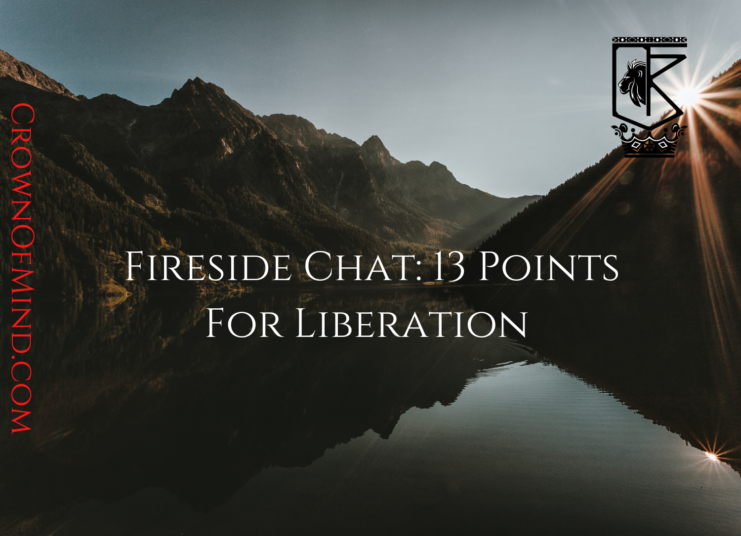 What a time to be here on the planet. I imagine each Age has its unique experiences but something seems special about the kind of transformation our planet’s civilizations are undergoing now.

Depending on the awareness level the changes may range from frightening to anticipation to indifference. Common to each consciousness degree is the fact that a transformation is occurring and it’s unavoidable; what it means and how people live based on it will differ.

With 39 solar cycles on the planet, I’ve arrived at information on numerous topics over the years, quite sensitive. So sensitive that I wouldn’t discuss it within a basic Email and neither do others with the access. It arrives to me so frequently that I’ve come to realize a fundamental principle over the years: the knowledge you’re ready for will be what is shown to you. If it’s beyond your classroom, you’ll glaze over it; it’s meaningless until you arrive at a point where you’re prepared to receive, apply and be a proper steward of it.

Some knowledge’s sensitivity is why you tend to receive patterns, trends and recommendations when scouring around for more esoteric knowledge. Either you receive it directly from someone or your consciousness is able to peer behind the Maya’s curtains and can see for yourself. Or a combination of both.

I’m enthusiastic about the many pathways our collective focus can concentrate. The reality though is there are a multitude of consciousness focuses existing at the same time.

The ideal would be for everyone to walk on the same road, to live in unison. But because we have different players with different motivations competing against each other, there will be no such moment where all 7+ billion on the earth decide at the same time to “get the collective act together.” Yet we still have to contribute effort to coexist within each other’s realities, else the species can accept destruction.

It’s our responsibility to invest effort to discover and cultivate those relationships with people living on our plane here, and to learn how to relate to others on different planes.

Liberation as an idea is often discussed in terms of material-type bondage. This kind of freedom is definitely important. Physical, social, economic freedom; these are the exoteric forms.

The esoteric liberation involves spiritual technology enabling a person to release the inner bondage created just by living on the planet and engaging with forms of all kinds.

People can be economically free for example, and still be a slave to desires, enslaved by vices, destroyed by addictions, annihilated by compulsions, tormented by ill-thoughts.

A well-earned lifestyle has no power to save a person from this kind of internal bondage.

An individual who masters these inner demons AND achieves material independence can expand into deeper potentials, and do so from a position of peace power over desperation while living in physical abundance.

1. The most advanced technology is spiritual. By spiritual I mean the unseen, intangible aspects of your being which also includes your body.

3. When you give focus to material tech over the spiritual, you end up performing what I call power transference. The material tech becomes your source for development rather than using it as an amplifier. This is pervasive today, as many tech enthusiasts think material tech will solve world problems, but the truth is the material can’t solve spiritual problems. Gadgetry only gives us more gadgetry not better ways to use it.

4. If you examine the capabilities of your smartphone and then think about what you tend to use it for most, it might be similar to how people say a human only uses 10% of the brainpower. Some people game all day with these devices yet it has the potential to provide the world’s civilizations’ knowledge houses from millennia. It’s not the material tech that will solve problems but people awakening their consciousness. When that happens, they use material tech differently because consciousness changes choices.

6. While some entrepreneurs have their eyes on the stars and space travel to expand beyond earth, the reality is it won’t happen until we evolve spiritually. The reason is because in order to expand beyond earth we’d have to expand beyond our current notions about how the universe operates. Otherwise we’ll be like babies carrying grenades, or adults who never dealt with past trauma. We’ll end up transferring the same planetary issues to another sphere. It’s not the technology that needs to evolve first but the people. When the people evolve, then the proper tech will.

7. A shortened attention span influences liberation power; if you can’t allow yourself to sit for any meaningful amount of time in contemplation, you’re robbing your vehicle of the potential to cultivate. Malicious operations are in place to ensure you never have time to contemplate. The intent is to have you on the hamster wheel as long as possible. For as long as you’re on the wheel focused on running you’re not contemplating.

8. The sun and moon, up and down, light and dark, yin and yang: these are principles we understand inherently as compliments to each other. One cannot exist without the other, yet when it comes to the masculine complimenting the feminine, we now have mass obfuscation, a psychosis lead by the idea that the feminine can exist without the masculine, and the masculine can exist without the feminine. Converted to human relations, we can see how this psy-op is effectively eroding the foundational respect between men and women, and earlier with boys and girls. Liberation is eroded here because if you cannot appreciate the energy in the counterpart you won’t within yourself. Inner disharmony reflecting outward.

9. The shakeups on the planet are taking place because a system is coming to an end, and mischief makers need a way to ensure broad control over who they see as cattle in a new system. They set traps out in the world knowing they won’t capture the wise, those who have the eyes to see and physicality to act, but they will be successful with a portion of the population who choose to live with the head in the sand. Most of these traps are not set by force but by persuasion, and banking on a person’s ignorance. This is why the most dangerous job on the planet is helping others wake up to consciousness. Each new person who wakes up is one more who makes different choices, influencing others in their radius.

10. Consequently, your ultimate weapons and defense to wield on any plane where you have a physical vehicle are your knowledge of things and the wisdom to discern how to use what you know in your body. Always seek to know and to understand how to apply. Being content with what you know puts you on the opposing path to liberation, which is degeneration.

11. Because you are made of the universe’s elements and an extension of the Consciousness responsible for all of the order in existence, you also have the capabilities of that Consciousness albeit in smaller potency. When civilizations’ master teachers speak of liberation they’re talking about an internal process for travel, using the consciousness to travel rather than taking the body somewhere. When you shift perception you’re effectively shifting your experience of reality. If you’re constantly distracted there will be no time to internalize this, and your excessive attachments cause you to be “bound” to the reality you vibrate with.

12. Aside from physical exercise and nutrition the body needs, your health is directly influenced by the little thoughts entertained daily. Each is manifested as an electrical signal in your brain, which then directs your body to respond accordingly. If you think about this, imagine cracking a small glass into tiny pieces. Then see yourself taking a few of those pieces in your hand, then swallowing them. Imagine the amount of pain you’d go through as each piece goes down the throat into your digestive system. Multiple tiny cuts taking place. That’s what you do when you conceive of negative self-talk multiple times throughout the day. Instead of physical cuts the body produces cortisol stressing itself out. Eventually this dulls intelligence, weakens the immune system. Imagine going weeks without having a single self-destructive thought, how much health would improve. You can alter daily health just by reprogramming daily thoughts.

13. If you notice in any film, tv show or nonfiction experience where an individual wakes up to consciousness, the process starts with a question. I think a gorgeous representation of this is shown through the series Westworld. At the core of that is the capability to conceive and ask questions. It will put you rather quickly on a new journey. The question is an expression of a mind seeking expansion. Where there are no questions there is no growth only the fulfillment of what already exists. You can gauge the intellect and wisdom by the quality of the questions developed. Notice: in our mainstream media, our education system, our health programs, our recreation, nearly every area important for the advancement of our civilization, there is no campaign emphasizing this unique capacity within our species. It’s because you’re supposed to just fulfill what’s made for you.