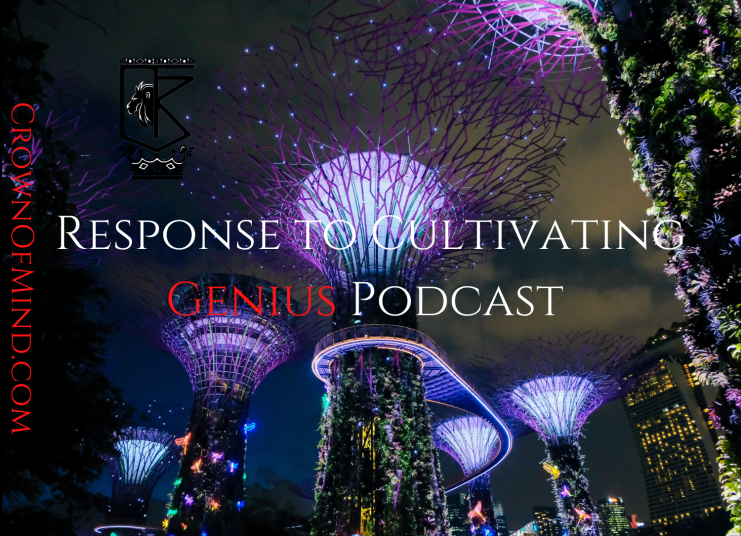 I agree with some points and see a pattern with a number of these studies.

Geniuses always have large influence in the world. No they don’t. Since how we think isn’t always tied to a specific contribution, there are likely geniuses who haven’t produced a lick of work for people to see and they don’t have to.

Many studies involving genius aren’t conducted by actual geniuses so you receive a type of external evaluation as if the genius is a being in a safari being watched but not understood. I think a more relevant study would be wonderful coming from someone who can see as a genius or is a genius oneself. They exist.

Points to Add to the Genius Discussion

Genius is not nature vs. nurture but a blend, and it’s more about how the individual perceives and thinks rather than a standardized score. A genius will manifest its potential when it’s given the educational environment to flourish. This means when a child exhibits potential like this, we don’t squander it due to insecurity and try to hold it back. We give it the best conditions as possible. Studies show that geniuses and other gifted potentials outproduce the general population many times over regarding innovations.

1. Synthesizing information: can see connection among differing domains. Seeing how marketing deploys neuroscience to influence purchase choice, or how people pass off responsibility by saying “AI will replace jobs” for example, when people create AI, so actually people are replacing people with AI as examples. This is what makes a genius not understood, because others don’t “see” the connections. People generally require an authority to tell them what is true or “seen” while an actual genius can already “see” without credentials.

2. Innovation: being able to create something based off of that synthesis.

3. Seeing patterns & forecasting long-term, down the street and around the corner.

4. Able to produce [or think] beyond the current times, which is a strong indicator because all of what we have today is based on acceptance of some kind of reality. The genius can see beyond this “reality” and envision what doesn’t yet physically exist, a stronger genius can actually manifest it. This is what typically gets the genius classified as “crazy” or “nonsensical,” but makes “sense” to people when the creation is brought to the world. To do this requires the “contrarian” thinking the speaker was describing. By this position, totally conforming to the way things are is anti-genius.

5. High Intelligence instead of IQ: they’re different [one is a test and the other a capacity] and you need a high cognitive horsepower in order to process the kind of synthesis a genius does to produce [or think] of what doesn’t yet exist.

Recommended Reading: The Genius Famine by Bruce Charlton. He’s an actual genius who writes about the nature of genius.