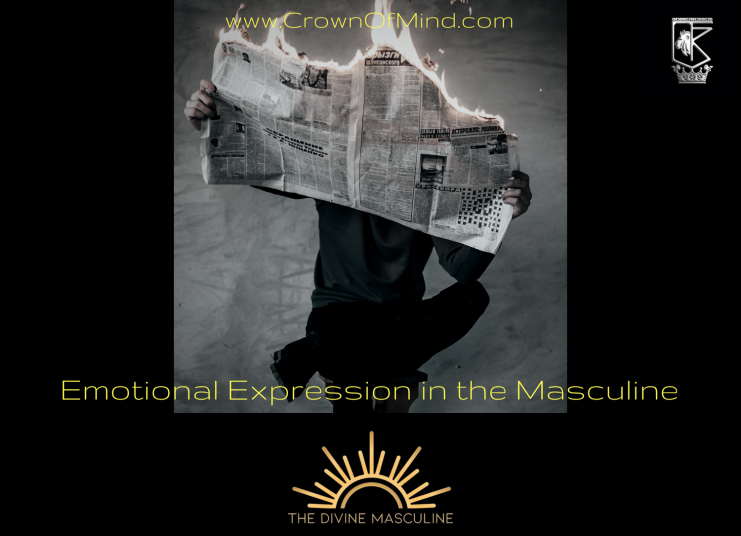 Jacob turned the doorknob but not before deep exhalation. Standing in front of his home’s door, he loosened his tie with the free hand. Heat released from his increasingly warm neck. His collared white shirt soaked at the front with sweat. He breathed in deeply once again, simultaneously creating the click that allowed the door to sway open.

The door didn’t swing open with a series of creaks; it was a beautiful wooden door, a modernized dark brown to match the rest of his luxurious estate’s exterior. Some might say he lived in a mansion more than a home.

To Jacob, this was home because his family lived here. Three children and a wife who tended to call out to him when he arrived after a week-long business trip. Today though was different. He knew it. She didn’t call for him. Nor did he look for her.

Jacob immediately went to sit on the leather couch. Leaned over, eyes focused on the ground. He said nothing. Considering the news he received today, he was not in a mood to speak. In one meeting, he realized he could lose all of what his family currently had.

“Oh there you are,” Jacob’s wife Stefanie said. “Can you help me with the uploading? I’ve been transferring these photos all night.” She looked him down and up. “What’s up with you?”

“Nothing at the moment, I’ll tell you later. Need to figure it out.”

“Ya know you’re doing that again.”

“Tell me now, what is it?” Hailey pressed. She glanced back and forth from her husband to the computer. “Okay be like that, the usual.”

“This is getting to be a routine I’m telling you,” she said and took a few steps away before turned back. “Know what, I’m done with it. This whole quiet shit. You act like you don’t have a mouth.” She crossed her arms. “I’m here for you and you know that but you just cut me out every time something bothers you, like I’m not part of the team here.”

“Hailey, please. I need some time to think.”

“Think about what? This is so selfish!” Hailey walked out of the room. “Know what? Whatever it is, you’re on your own!” she shouted from the other room, focused on the computer. “I never would’ve thought five years ago that the man I married would be so emotionally unavailable. You can’t just talk like a normal person. So much for relationship!”

Two seconds later the house’s front door opened then slammed. Hailey sighed and continued to work on the computer. “Men,” she said.

The Masculine & The Feminine

Fictional characters in this story illustrate a common caricature of where we stand today in masculine-feminine relationship. Part of the problem is this appears to be accepted as normal behavior for both parties. Another is a misunderstanding about how the masculine-feminine energy dynamics work from a metaphysical perspective, and how that trickles down into our earthly interactions.

Let’s switch the language slightly and use the terms yin and yang in place of the feminine and masculine; they’re the same forces. Here’s a break down for some their energetic qualities.

View the infographic for a sense of the differences in these energies; they exist as these complementary principles to keep organization in the universe, and in our daily lives. In the essence of people, we hold both polarities but in different degrees, hence the small dots on each side of the traditional yin-yang symbol. It means we have access to both energies, and the energies attract each other.

There’s a strong agenda today to push the masculine to rearrange itself, adjust, fix, redefine, etc. The agenda aims to do this without first understanding how the native energy actually works. I propose that the energy doesn’t need redefining. The dominant masculine energy we’re seeing is the toxic version, it’s prevalent, and the healthy masculine requires cultivation not change.

As mentioned in one of my YouTube posts awhile back, these energies exist beyond human experience; we harbor them as energetic beings. To make the best use of a battery that needs the + and – positioned in the way they need to be powered, we don’t tell the + or – to readjust, we figure out how the energy flows and create in harmony with them. Then the battery will work.

The range of masculine and feminine energy influences how strong the associated qualities express in people.

Jacob’s story shows a man who received some type of news that affected him emotionally. Whatever this news was would jeopardize himself and the family life he built. We can presume that his life was in great harmony prior to this except for this one experience: Jacob tends to “shut down” when something bothers him according to his wife. Hailey likely experienced this before and her response is emotional exhaustion. She’s fed up with how he handles the situation.

We have disharmony on both sides. One, the man’s emotional expression is expected to be the same as his wife. With the energetic understanding as our base, we know the masculine is not inclined to be verbally emotive and chaotic. The energy focuses on solutions, so he is less likely to sit down and be interested in festering the problem with someone for the sake of feeling better. If he strongly expresses the masculine, the way he handles his emotions and the situation will differ from his wife, who may be more in her feminine.

The discord begins when Hailey assumes Jacob is supposed to emotionally be like her.  When he doesn’t exhibit the behavior she expects him to, she verbally chastises him and keeps her attention divided between a project and him. Meanwhile from Jacob’s perspective, he doesn’t feel the supportive energy from her that fosters an opportunity for him to open up and discuss the situation. The challenge he experiences motivates him to keep quiet, perhaps thinking of ways to find a solution, or roll over the thoughts in his mind until there’s some clarity.

For Jacob, space with the knowing that his wife supported him was what he needed in that moment, not to be forced to pour out emotionally. When he was ready, he likely would open up to Hailey.

For Hailey, having an open dialogue about whatever her husband faced was important to her in that moment. She felt cut out and distrusted by his silence. If he remained cognizant of her energy, that he’s done this a few times already and she’s expressed her need to verbally connect, he would sense better timing for being in solitude and including her as part of the team.

So that we remain out of the this/that mindset, it’s important to think of these energies as scales of intensity. One one side of the scale for example, we have low masculine energy expression. The other side, we have very high or extreme. The traits along the spectrum in the masculine remain the same but the degree and type with which they express depend upon the man (or woman). What they transform into is also determined through this scale.

Ambition is a masculine quality. At the low scale, it is laziness for growth or desire to achieve some corrupt goal.

Focus is a masculine quality. At the low scale, it is distraction or focus to the neglect of that which is nourishing.

Masculine energy’s tendency towards establishing self-sufficiency can look like developing inner strength on the high end of the scale, or it can look like the desire to weaken another so he is needed on the toxic end.

A friend of mine described an experience she had with men who said she didn’t need them enough. To me this is interesting because the “enough” indicates there’s a level of feeling needed that’s vacant. It also implies that a woman must be weak enough so that the man may feel stronger. This type of manipulation can generate shame in a woman who genuinely is self-sufficient (harnessing healthy masculine within) and coerce her to play a weaker role to be appealing. Whether that’s suppressing intelligence, professional success or spiritual development, any type of self-suppression creates potential for dis-ease. When a man feels a woman doesn’t need him enough, he’s effectively saying she needs to be broken so he can be the one to keep her whole. Examples include pimps, sugar daddies, abusive and con men.

This type of man is essentially too weak to engage a woman who isn’t an emotional wreck, who has her “shit straight” so to speak. It’s evidence that he has inner work to do, to cultivate so that his masculine energy is not threatened just because a lady knows how to be grounded in her core. There are many ways for him to express his energy that helps to grow the bond, and she will happily receive them.

If we look back a few decades in the U.S. and observe how the relational system worked, women weren’t just homemakers because they valued family, they were compelled to be at home because they weren’t to be at jobs working, earning their own income, building their own livelihoods that could actually support the family structure. Even roles that expanded their creative expression within the household were looked down upon, such as writing. The societal structure oriented women to remain in a state of being “broken” so that they would always need a man to be their fix.

This is far different from masculine-feminine relationship in harmony. It was done by force.

As more women elevate in different areas within society, those spaces where they were previously handicapped are collapsing.

Conscious women today don’t need a man’s presence to fix what appears to be their broken pieces.

They need divine masculine presence because it’s the other half of spiritual unity.