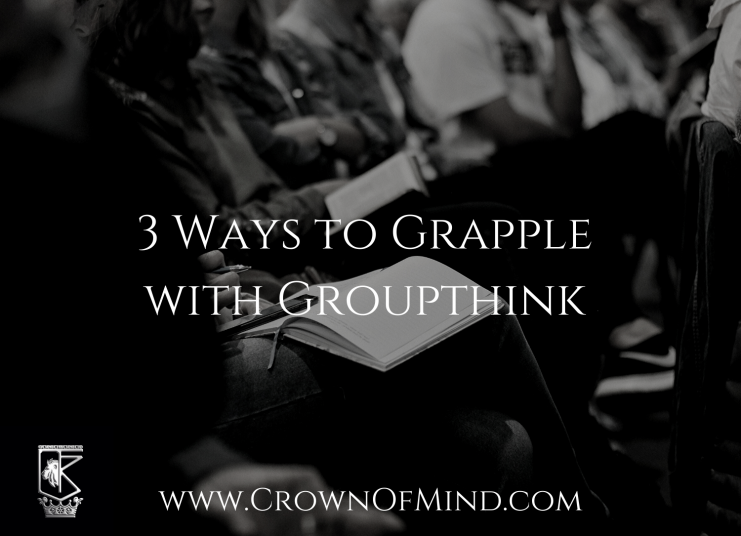 Working in teams can be both a challenging and fulfilling experience.

Ultimately you want to see your project successfully complete. At times this can pose a conflict: are you willing to compromise on your ideas, give in to others’ or stand up for your contributions?

Whether in a team of two or twenty-two people, there exists the potential for groupthink to manifest. Groupthink is the “tendency of the members of a group to yield to the desire for consensus or unanimity at the cost of considering alternative courses of action” (Business Dictionary, 2012). When groupthink is present, individual members do not share their best ideas; they tend to supplicate their creativity to a dominant person or idea in the group.

Members shut off their reasoning, critical thinking and imagination. The team prefers to just get the project done, at any cost, rather than produce what could be high quality. One looks to the other for confirmation, often a leader figure in the group. Deferring to the leader as a principle does not pose an issue, but the direction that leader takes the deferment can be.

Groupthink also creates risk for potential dangers or issues to be overlooked in favor of keeping peace. In these situations, social conflict becomes an asset, as members create a space to share ideas that may not agree. Disagreement then becomes a vehicle where the best ideas can emerge, with each member having to justify or make sense of their position. If this kind of engagement is done wisely, the best idea becomes the dominant idea.

Teams benefit from leadership but not at the cost of reducing members to “yes people.”