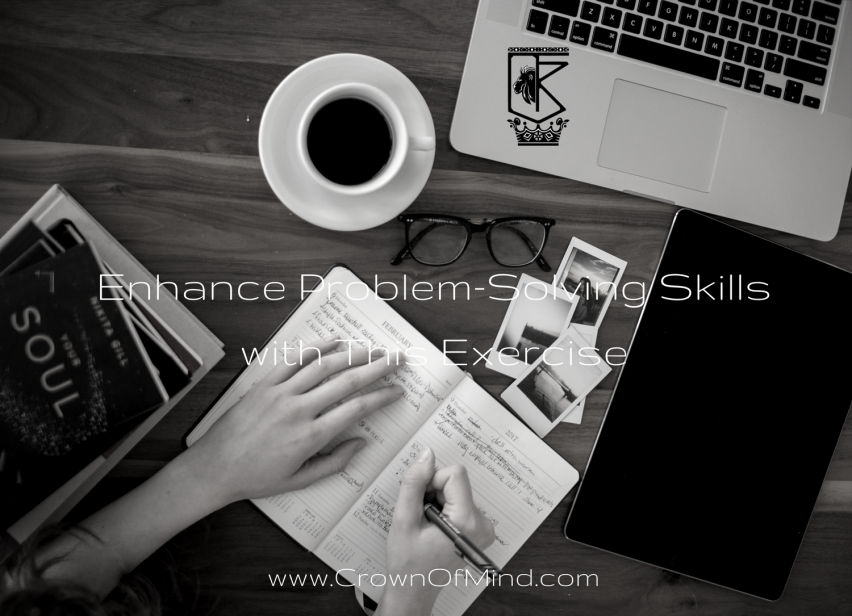 What you’ll need for this exercise:

3. A bowl, cup or something to place the paper in

This exercise can be practiced in a few ways but the overall purpose is to expand your neural pathways, the capacity to form unique connections among ideas that appear unrelated. It stimulates the ability to engage symbolic thought, which has a house in the right-brain hemisphere associated with creativity and synthesis. These abilities are to merge with the logic and analysis that enable us to reason, not become superior to. An integrated brain is vital for problem-solving. With it, we can perceive the underlying root issue in a situation. Without it, we just focus on the obvious manifestations that appear as the root, but are only really the symptoms.

Example: Cigarette addiction is not a cause but a symptom of a mental state that seeks out a cigarette to fulfill a need.

Example: Bullying is not a cause but a symptom of a lack within the spirit of the person who bullies.

Example: A cold is not a cause but a symptom of a weakness in the person’s immune system.

Example: War is not a cause but a symptom of the lack of spiritual wisdom to resolve conflicts in ways that create peaceful, win-win outcomes.

Example: Insecurity is not a cause but a symptom of not recognizing the capacity to manifest our intent.

Example: Volatile emotions (rage, hate, etc.) trigger cortisol in the body, which depresses the immune system, lowers intelligence and consequently deflates our ability to make optimal choices. Based on these effects, it is not optimal to view these emotions as acceptable. Yet, we embrace them as normal.

Second to that is the fortitude to change within that reflects the change outside.

Example: If the goal of the world’s national powers was to end world wars and focus on peace, all military-ready nations would simply put the guns down, stop fighting and reinvest in outcomes that support it (Ultimately peace will manifest when individuals become the peace frequency and radiate it out). All responses that focus on “But” indicate a sub-intent unwilling to put the guns down. This means peace is not the goal of all of the world’s national powers.

Choose a series of words, 15-20 and write them on paper. These words can be gathered from anywhere. Once written, tear them up into separate pieces and place them into your bowl or cup. Shake it up so the pieces mix.

Once done, pick them out in groups. Perhaps for the first round, choose 3 words from the pile and then write down the connections you can see among them in your notebook. Then take another 3 and repeat. You can place them all back in the pile and then take out 5. The range is up to you. The purpose is to train your brain to develop connections where there might not initially be one seen.

The capacity to do this is more important than actual words used. When you have this perception developed, you’ll more quickly recognize associations in your life and identify solutions for problems at the root.